Who was Abbas Sheikh, TRF chief who revived militancy in Srinagar? 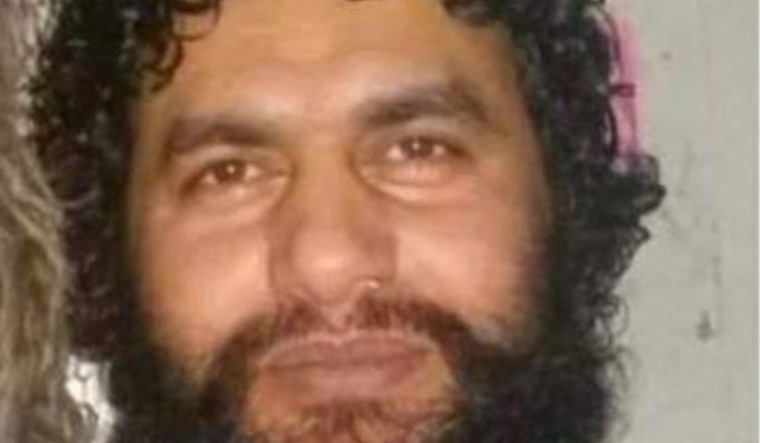 After the revocation of Article 370, The Resistance Front (TRF), a new militant outfit, burst on to the scene in Jammu and Kashmir.

The state police has said the TRF is Lashkar-e-Toiba (LeT) in disguise. The first incident that involved the TRF was an encounter at the LoC at Dogri Behak, Keeran, in Kupwara in 2019. Five special forces personnel of the Army were killed when they fought a close-quarter battle with militants of the TRF who were trapped by the soldiers guarding the LoC in a gorge after infiltrating into Kashmir.

The special forces were dropped by helicopter in the area in thick snow. After wading through the snow, a portion of the gorge caved in and some special forces men fell into the stream where the TRF militants had taken shelter. In the close-quarter battle, the group of TRF militants was killed, but five special forces men also lost their lives. The TRF was then involved in two successive attacks on CRPF in Kupwara, in which the CRPF suffered several casualties. The Jammu and Kashmir Police then started looking into and cracking down on the TRF. It found that Abbas Sheikh, a resident of Rampur in south Kashmir’s Kulgam, was leading the TRF. Sheikh had joined militancy in 1996 when he was only 20 years old.

Sheikh was arrested twice but kept returning to militancy after a few years’ break. In 2014, he joined militancy again after four years. After the BJP government’s’ Article 370 move, he joined the TRF.

“After the reading down of Article 370, anger and frustration in Kashmir grew among the people and the militants alike,” a police officer said. Security analysts in Kashmir said Sheikh was more of a strategist than a fighter. He carefully planned the TRF operations and was instrumental in reviving militancy in Srinagar, which was declared militancy free by the police in September 2020. Due to Sheikh’s motivational skills, nine youths from different areas of the district joined militancy after the district was declared militant free.

Sources said that the secret of Sheikh’s longevity in militancy was his ability to maintain a low profile and to skip cordons and melt away. This year, his name figured in the list of ten most-wanted militants announced by the police. After the killing of Burhan Wani, a young, popular new-age HM commander in July 2016, Sheikh had shifted his base from south Kashmir to Srinagar. On August 23, ten men from Jammu and Kashmir Police’s special operation group (SOG) trapped him and his deputy Sadiq Manzoor at Srinagar’s Allochi Bagh and killed them in a firefight.

Police said Sheikh was involved in several militancy-related incidents including killing a non-local goldsmith, Satpal Nischal, at Hari Singh High Street. Police sources said the slain TRF chief’s family has had a long association with militancy and several of his kin who joined militancy have been killed in encounters including his brothers and a nephew. His sister, Naseema, is under detention for allegedly helping militants.

Since the removal of Article 370, the TRF has been very active in Kashmir. Since January, 102 militants have been killed so far in the valley, with 39 being killed since July 1.