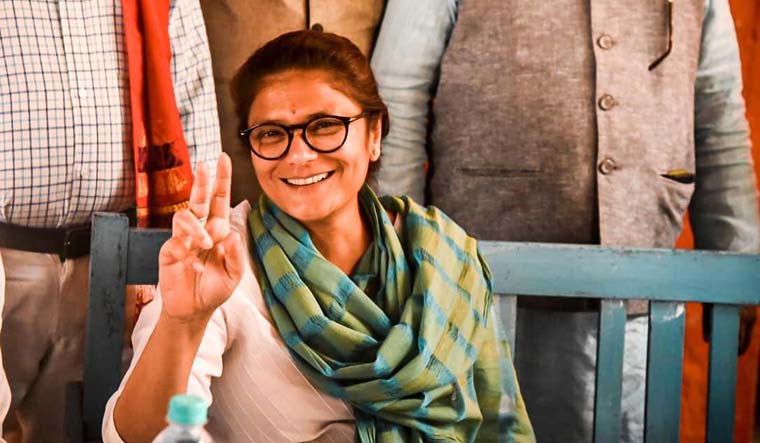 Former Congress MP Sushmita Dev, who was the president of the Mahila Congress, has resigned from the party.

Sushmita Dev thanked Sonia personally for her "guidance and opportunities" and said she hoped to have Sonia's good wishes as she began a "new chapter" in her life of public service. Dev had changed her Twitter bio to say “Former Member of Parliament, Lok Sabha. Former Member, Indian National Congress. Former President, All India Mahila Congress”.

Sushmita Dev had represented Silchar in Assam in the Lok Sabha from 2014 to 2019. She is the daughter of Santosh Mohan Dev, a Congress leader who served as a minister in the Rajiv Gandhi and Manmohan Singh governments.

Her supporters had demonstrated against Congress leaders who favoured allocating more seats to the AIUDF in the Barak valley.