Pegasus row: Nitish's eyes on PM's chair? All is not well between BJP and JD(U) in Bihar 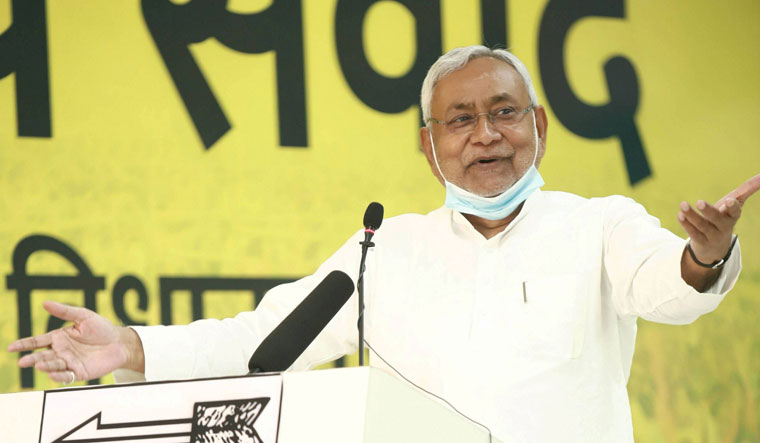 Bihar politics is headed for an unprecedented turn of events amid the Pegasus row. Differences have cropped up between the BJP and its ally, Nitish Kumar-led JD(U), after the Bihar CM called for a probe into the snoopgate allegations. The BJP, who was keenly watching Nitish's moves following the controversy, is on the defensive after Jitan Ram Manjhi, chief of Hindustani Awami Morcha (HAM)—also an NDA ally, also sought a probe into the issue.

Interestingly, the state BJP unit has decided to organise 'Sahyog Karyakram' (Cooperation Programme) to rival Nitish Kumar's 'Janata Darbar'. As part of the programme, common people will get to meet Bihar BJP ministers from Monday to Saturday between 11 am and 2 pm. The promise—on the spot redressal of issues. In contrast, Janata Darbar facilitates the layman to meet the chief minister and seek redressals for problems on every Monday at the CM's residence.

Meanwhile, the BJP is also not underplaying JD(U) national parliamentary board chairman Upendra Kushwaha's remarks on Sunday that Nitish Kumar was “prime minister (PM) material”. Kushwaha's comments came ahead of Nitish's meeting with Indian National Lok Dal (INLD) chief Om Prakash Chautala in Delhi. While Nitish asserted that the meeting was nothing political, Chautala had said that the meeting was to discuss the larger plan to form a third front of opposition parties, barring the Congress, at the national level.

In response to Kushwaha's statement, BJP Minister Samrat Choudhary said that there was no vacancy for the prime minister's post for the next 10 years. He added that there was nothing stopping Nitish from becoming JD(U)'s PM face, while for the BJP it would be Narendra Modi itself.

(This story was first published in Manorama Online)