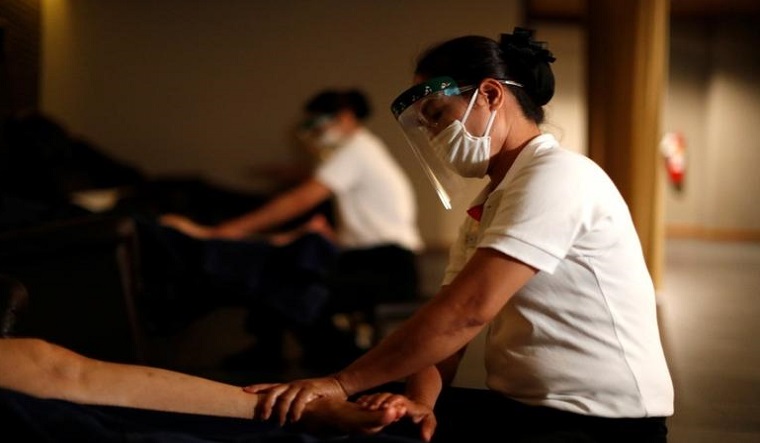 Delhi Commission For Women chief Swati Maliwal on Tuesday welcomed the ban on cross-gender massage in the national capital by the city government and expressed hope that the move will act as a deterrent to sex racket.

Delhi Chief Minister Arvind Kejriwal had on Monday approved new stricter guidelines for operation of spa and massage centres, including a provision to ban cross-gender massage, to prevent sexual abuse and trafficking in the national capital.

Spas and massage centres are required to strictly adhere to the new guidelines, which completely prohibit "any form of sexual activity on the premises" and employment of people aged below 18 years, to obtain health trade licence.

"We conducted surprise inspections on several massage parlours in Delhi exposing sex rackets therein and submitted recommendations to the government. I am thankful to the Delhi Govt for approving new guidelines banning cross-gender massage in Delhi. This will help curb the menace!" Maliwal tweeted.

Maliwal had earlier flagged irregularities and sexual abuse at spa and massage centres, following which a task force was set up to review her report and take action on it.

Suggestions from the DCW have been incorporated into the guidelines.

According to the new rules, there should be separate sections for men and women in spa centres and these need to be demarcated clearly with "separate entry and no inter-connection".