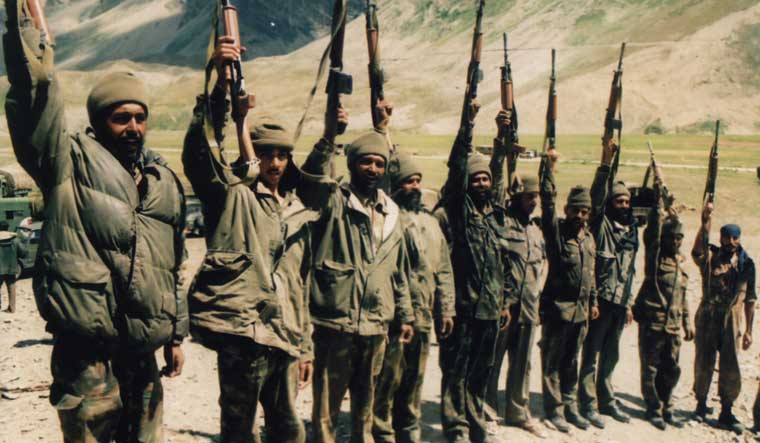 Paying tributes to the soldiers who made the supreme sacrifice in the Kargil war, Prime Minister Narendra Modi on Monday said their bravery “motivates us every single day”.

On the 21st anniversary of the Kargil Vijay Diwas, which marks India's victory over Pakistan in the war, Modi said the country remembers the sacrifice and valour of its soldiers.

He tweeted, "We remember their sacrifices. We remember their valour. Today, on Kargil Vijay Diwas we pay homage to all those who lost their lives in Kargil protecting our nation. Their bravery motivates us every single day.”

On the occasion of Kargil Vijay Diwas, Gandhi tweeted, "Heartfelt tributes to every soldier who laid down his life for the dignity of our tricolour. We will always remember yours and your family's supreme sacrifice for the security of the country. Jai Hind," the former Congress chief said.

President Ram Nath Kovind visited the Baramulla War Memorial in north Kashmir where he laid a wreath to pay homage to the martyrs. Kovind could not visit Drass on Monday for paying homage to Kargil martyrs due to bad weather.