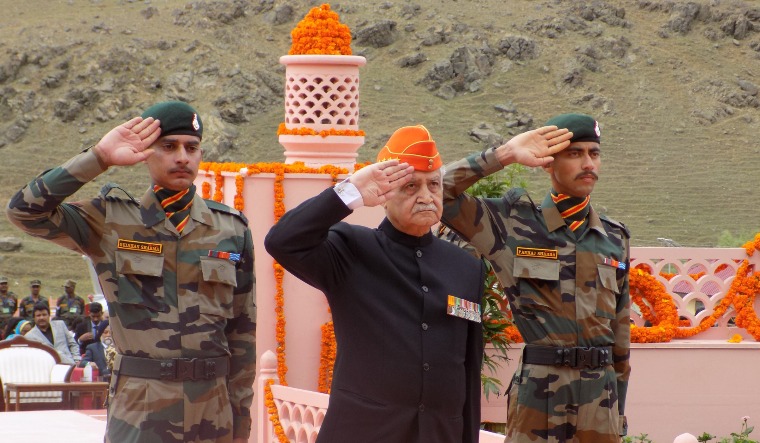 As India celebrates the 22nd anniversary of its victory in the Kargil war, retired military officers have been debating the significance of the war and any lessons learned.

One such officer was retired general Ved Prakash Malik, who was the chief of the Indian Army in the conflict. Malik has written a book on the conflict, Kargil: From Surprise To Victory, and has frequently commented about it.

On Sunday, Malik gave a holistic perspective of the Kargil war on Twitter. Malik tweeted the Indian military’s "Mandate not to cross IB/LoC was not only for Air Force but for all three services", referring to India's decision to not cross the LoC for fear of triggering a wider conflict.

Malik noted the government and military decided to "Threaten/maintain pressure on Pak on land, air & sea to reduce pressure on Kargil & create strategic imbalance for Pak". Malik also credited the role of the Indian Navy, which did not play an overt role in the fighting at Kargil. Malik tweeted, "Let us not forget Navy's role. Played an important role by moving most of Eastern fleet to Arabian Sea. It dominated sea lanes from Dubai to Karachi."

Malik concluded that the lesson learnt from the Kargil war "is 'a mixed bag' so far".

Malik made the comments in response to a recent article in The Times of India by retired air vice marshal Arjun Subramaniam. Subramaniam wrote about the lessons of the Kargil war. Subramaniam argued that the Indian military has not made progress in improving inter-services coordination.

He cited as examples the lack of progress on "inter-operability of army-air force communications, commonality of laser designators and structures like the Joint Tactical Air Controller (JTAC), which have been the standard fit in recent conflicts in Iraq and Afghanistan". Subramaniam wrote that despite the role of the Indian Air Force in the Kargil war, the Indian military mindset still revolved around a "manpower-intensive", soldier-centred approach.

Subramaniam wrote in The Times of India, "Have we learnt enough since then [Kargil war] is debatable because against an accepted norm across militaries that shaping any kind of battlefield must be the prerogative of air power, and to some extent, different forms of artillery firepower, the Indian military mindset is still struggling to shrug off a ‘boots on ground’ and manpower-intensive approach to war. Kargil has not precipitated the kind of change in military thinking as it ought to have."

Pravin Sawhney, a retired Army officer and a strategic analyst, was more blunt in his observations about the Indian military not learning from the Kargil war. Sawhney tweeted on Monday, "The single military lesson of 1999 Kargil conflict was build counter offensive capabilities. Indian military did not do that And, Kargil was abbreviation - it was Indian army & IAF against Pak NLI (then, paramilitary) & irregulars So, coinage of limited war concept was WRONG!"