Will India send its soldiers to Afghanistan?

MEA remains mum on the issue 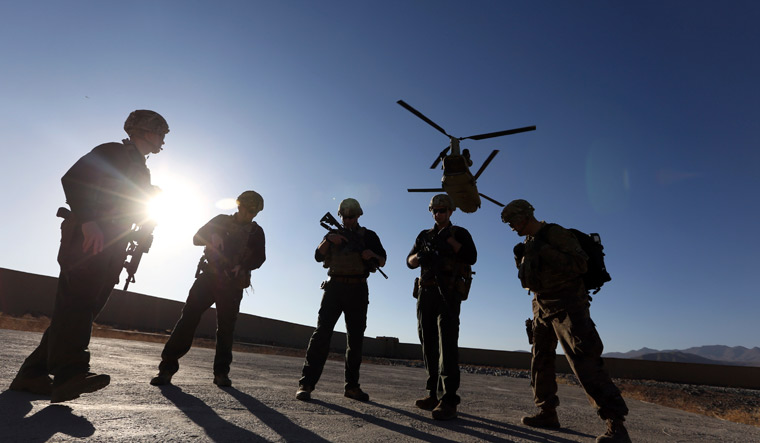 India doesn't seem to be in any mood to send troops to Afghanistan, but it is hesitant to say this outright.

At the weekly media briefing today, MEA spokesperson Arindam Bagchi spoke in a roundabout manner about India's commitment to Afghanistan's future, but managed not to say anything about troop deployment.

Afghanistan's army chief General Wali Mohammad Ahmedzai is expected to visit India on a three-day tour later this month, and the possibility of sending Indian soldiers to take on the Taliban is expected to pop up at the talks.

India has steadfastly refused to send its soldiers into the Afghan war, and has concentrated instead on infrastructure and capacity building in the country. With the withdrawal of western forces, there is increased international pressure on India to take part in the fighting.

Bagchi said that India and Afghanistan's relationship was fixed by the strategic partnership agreement of 2011 and India is committed in the long term to Afghanistan. He said as a contiguous neighbour, India supports the government and people of Afghanistan in realising their dream of a peaceful, democratic country where interests of all groups, inclusion women and minorities are protected.

Bagchi said he was not aware of any invitation to India to join either the Russia-US-China grouping of Afghanistan, or the US led connectivity initiative through Afghanistan, Uzbekistan and Pakistan.