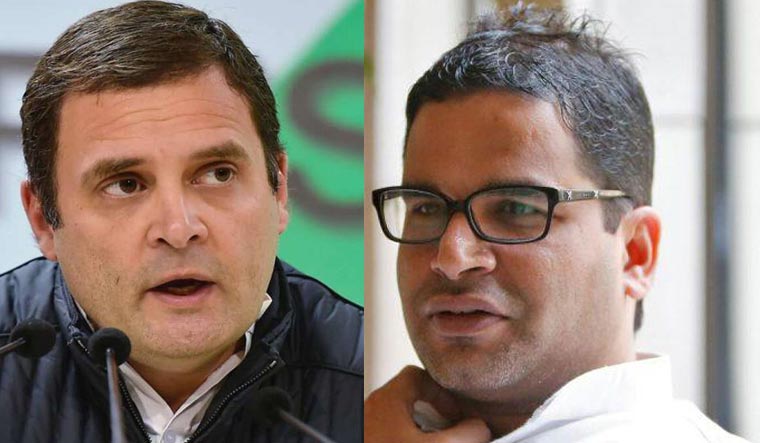 In a development that is understood to be related to the Congress high command's efforts to resolve infighting in the party's Punjab unit, former party chief Rahul Gandhi today held a meeting with election strategist Prashant Kishor.

There is speculation that the interaction had to do with the party's problems in Punjab since Kishor has been engaged by Chief Minister Capt. Amarinder Singh to strategise for the coming Assembly elections. Amarinder, during his two-day visit to the national capital last week, had a meeting with Kishor.

The presence of Rawat, who is in-charge of party affairs in Punjab, in the meeting also added to the buzz that it had to do with the high command's efforts to resolve the infighting in the party in the election-going state, and more specifically deal with the confrontation between Amarinder and his bete noire, cricketer-turned-politician Navjot Singh Sidhu.

While Rahul and Priyanka have heard out Sidhu, Amarinder had a meeting with party president Sonia Gandhi last week. The party leadership is said to be on the verge of announcing changes in the state unit, and some changes could also be made in the Amarinder cabinet in a bid to deal with the fierce infighting, and today's meeting is being seen as a step in that direction.

While Kishor is said to enjoy a good rapport with Amarinder, having worked with him in the Assembly elections in 2017 and having been signed on for the coming state polls, he had played a role in bringing Sidhu to the Congress prior to the previous elections.

Rawat, even as he expressed confidence that the Punjab imbroglio would soon be resolved, saying that “good news will come from Punjab in the next three to four days”, denied that the meeting with Kishor had anything to do with the Congress' issues in the state.

“Rahul Gandhi is a national leader and many people come to meet him...Had this meeting got to do with Punjab, I would have known about it,” Rawat said.

According to sources, Amarinder is expected to continue as chief minister, while there might be a change of guard in the state unit. Sidhu is learnt to be keen on being appointed as PCC chief. However, Amarinder is opposed to Sidhu heading the party in the state and is keen that a Hindu leader is appointed as the PCC President.