No injuries have been reported due to the fire, yet. 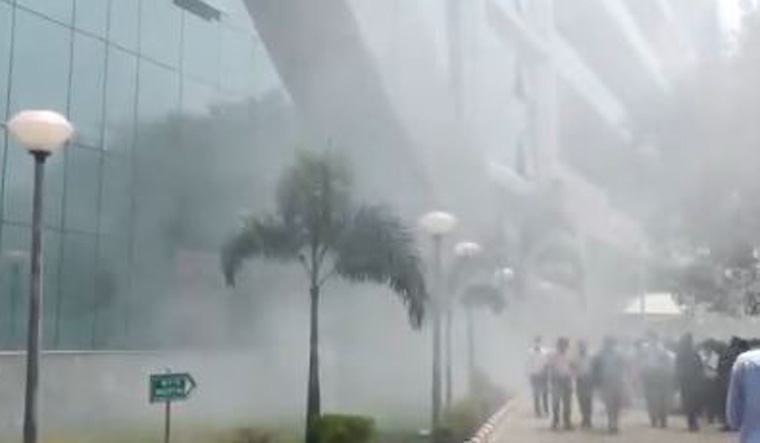 Fire-fighters worked to put out a blaze that broke out at the CBI headquarters in Delhi on Thursday.

According to Times Now, an emergency call was received at 11.35am about the fire. India TV reported at least five fire tenders rushed to the spot. "According to eyewitnesses, the fire started in the parking area within the premises. Officials rushed outside of the office soon after they saw smoke emanating from the parking site," India TV reported.

Naveen Kapoor, the national bureau chief of ANI, tweeted after 12pm that the fire had been doused.

CBI officials told THE WEEK that the blaze could possibly have been started by an electric short circuit. The CBI is still assessing the extent of the damage caused by the fire.

No injuries have been reported due to the fire, yet.

(With inputs from Namrata Biji Ahuja)