From selling lemonade and ice-cream to becoming SI of Varkala, the journey of Anie Siva

“How better can I avenge my yesterdays?,” says the officer 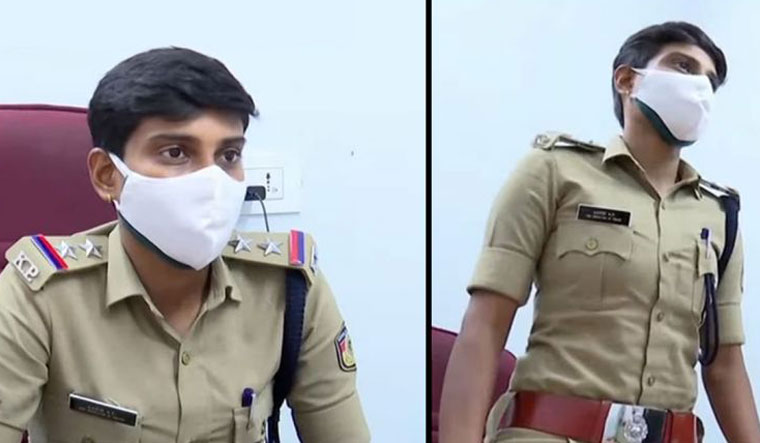 A 31-year-old woman in Kerala has become an icon of competitiveness and optimism, especially at a time when the state is in shock over multiple reports of young girls resorting to the extreme step after facing multiple crises in their life.

Anie Siva, a native of Kanjiramkulam in Thiruvananthapuram district, has taken charge as the sub-inspector of police in Varkala, a place where she used to sell lemonade and ice cream around ten years ago in order to make ends meet.

“How better can I avenge my yesterdays?,” Anie wrote on Facebook as she recalled those struggling days.

Her story is of fight and resurrection. She was a first-year graduate student at KNM Government College in Kanjiramkulam when she tied the knot with her boyfriend against the will of her family. However, the couple were separated in two years and Anie, along with her six-month-old baby, was left on the street.

Having gone against the parent's dictate, Anie was not welcome at her own home. Desolate and forlorn, she began a down-and-out life in a temporary shed near her grandmother's house, and tried her luck doing multiple jobs to make both ends meet.

"I started selling curry powder and soap. Later, I became an insurance agent. Then, I used to deliver essential items to people at their homes on a motorcycle and I got the money to complete my degree in Sociology,” she said in her a Facebook post.

These struggles only added to Anie's fighting spirit. In 2014, on the advice of a friend, she started preparing for the SI test and also took an exam to qualify for the post of woman police officer.

Her hard work bore fruit. In 2016, she joined the service as a civil officer and later in 2019, she cracked the SI test. After completing the probationary period, she took charge as the Sub Inspector at the Varkala Rural Police sub-division headquarters on Saturday.

Responding to the recent incidents of girls' suicides following domestic violence and dowry harassment in Kerala, Anie says: “We need to edify not the girls, but the general public.”

“The girls' parents are ready to accept their daughter if she returns (leaving her husband's home), but they are also scared of the public's comments. This should change,” Anie told Manorama News.