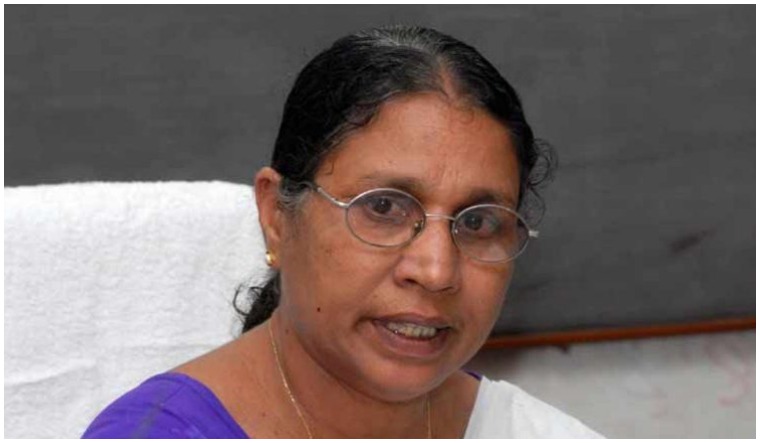 Kerala Women's Commission Chairperson M C Josephine has resigned as protests over her insensitive response to a complainant mounted. The Opposition had called for Josephine's immediate removal soon after her harsh response was aired live on TV during a phone-in programme of Manorama News against dowry and its associated evils.

The decision on her resignation was taken at a CPI (M) State Secretariat held here on Friday. Josephine has been in the eye of a storm over her alleged insensitive remarks to a complainant of domestic violence, with demands growing for her resignation. Josephine, while attending a live television show on Wednesday, asked a woman, who alleged that she was being harassed by her husband and mother-in-law if she had filed a police complaint against them. When the woman replied in the negative, Josephine could be seen reacting angrily and asked her to "suffer" for not approaching the police.

The woman told her that she was married since 2014 and had no children and alleged she was constantly being assaulted by her husband and mother-in-law. The video of the women panel chief's behaviour on live TV has gone viral on social media, with demands pouring in for her resignation, even from netizens with left leanings, on her 'insensitive' attitude. Josephine, a central committee member of the ruling CPI(M), in a press statement, later expressed regret.

Last year, she had courted controversy by saying her party CPI(M) itself acted as 'court and police station', while she responded to queries on the left party's practice of conducting internal enquiries in sexual abuse cases against leaders.