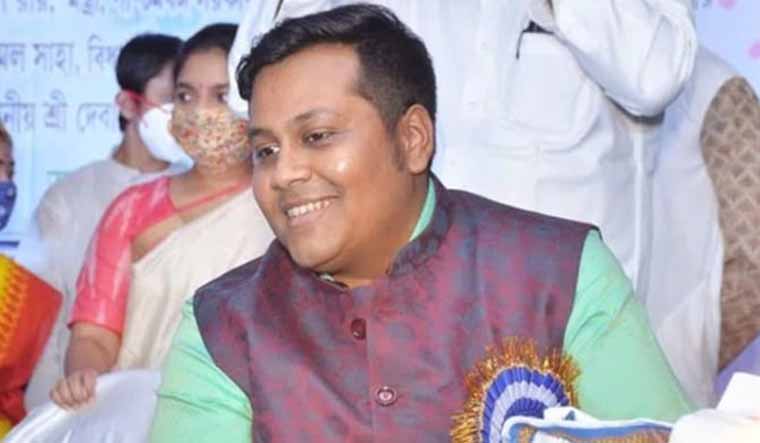 The sleuths of Kolkata police are keeping a close eye of the activities of the people close Debanjan Deb, who pretended to be an IPS or IAS officer and organised a fake ‘vaccine’ camp, where actor-turned-MP Mimi Chakraborty got vaccinated.

MLA Lovely Maitra, too, sent several people from her constituency in South 24 Parganas to get vaccinated at the camp organised by Deb, who has been arrested.

Showing his vaccination drive, Deb used to get donations from businessmen, politicians and NGOs of Kolkata. He also used to take loan from micro-finance companies, showing his ‘administrative’ clout in order to force them to cough up money as part of corporate social responsibilities.

According to sources, around 5,000 people got vaccinated from his camp. He used to ride a beacon-fitted car and his driver was paid Rs 25,000 per month.

But, how did Deb get thousands of vials? “We have sent them (the vials) for examination. As of now, none of them are true vaccine doses. It was some kind of chemical along with normal water. The exact composition is being found out.”

Surprisingly, he managed to arrange covers and labels of Sputnik vaccines and he himself created labels and covers of Covishield vaccine.

Chakraborty, reportedly, had developed fever but is fine now. The condition of the other recipients is being monitored by the state health department.

Deb started off by selling masks and sanitisers, and then moved on to vaccines. Police have recovered a huge number of “vaccine bottles” from his hideout.

Meanwhile, the BJP has demanded a CBI inquiry into the entire scam.

“We don’t have any idea whether they were vaccines or not. How were an MP and an MLA convinced by him? All these need to be probed,” said Jay Prakash Majumdar, vice president of Bengal BJP.

A PIL has been filed in the Calcutta High Court against the ‘vaccine’ scam.