She was attacked by three men wielding machetes 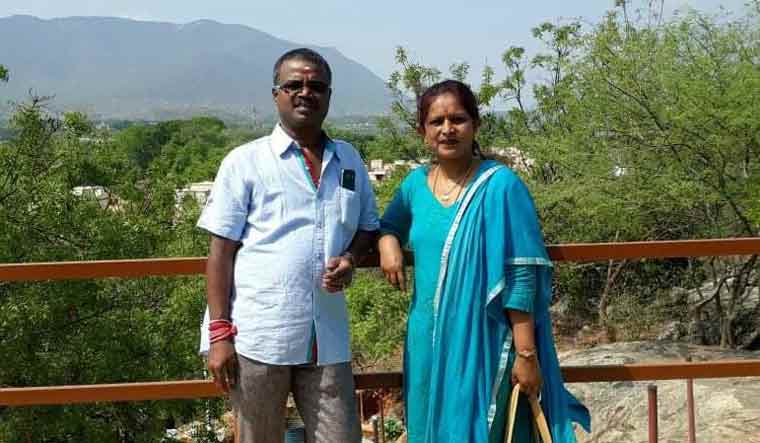 Former BJP corporator R. Rekha Kadiresh was hacked to death by three men in Bengaluru on Thursday morning. Rekha (45), a two-time corporator from Chalawadipalya ward of the Bruhat Bengaluru Mahanagara Palike (BBMP), was attacked by three men with machetes around 10.30am, when she was distributing food kits at Anjanappa garden. The police rushed the injured to Victoria hospital, where she succumbed due to excessive blood loss.

The attackers have been identified as Peter, Robert and Stephen, and are the neighbours of the deceased.

Incidentally, Rekha was the wife of Kadiresh, who had been hacked to death by four armed men near Muneshwara temple in Cottonpet on February 7, 2018. It was said to be a case of personal rivalry. While two accused Naveen and Vinay had surrendered before the court, the other two are still at large.

According to sources, it appears to be a pre-planned murder, as seven CCTV cameras installed in the locality and outside the local BJP office were found to be turned away from the street. Peter and Stephen, who were in jail, were out on bail two months back. It is suspected that the duo had planned Rekha's murder.

The CCB team is investigating the case and probing into all angles including family tussle, personal enmity and political rivalry. ACP (East) S. Murugan, said: "The former coporator was distributing food to people outside the local BJP office. Two men attacked her. She was shifted to hospital. But, she succumbed to the injuries. The police is investigating."

Umesh Shetty, ex-corporator, expressing shock over the murder, said: "Rekha tried hard to overcome her grief after her husband's murder. Her late husband might have had rivalry with these men. But today we are shocked to see that these criminals have brutally attacked a woman and killed her."