Archana, 24, died after she was found ablaze while Suchitra, 19, was found hanging 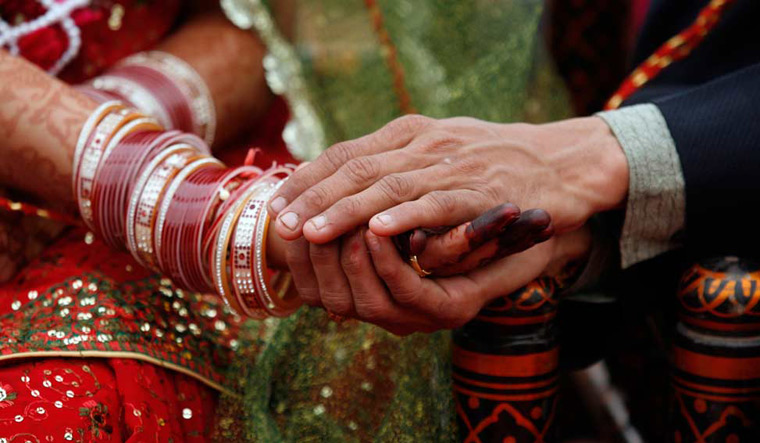 A day after the death of a young woman under mysterious circumstances over dowry harassment has left the state shocked, two more similar cases were reported in Kerala on Tuesday.

In two separate incidents, a woman was found ablaze in Thiruvananthapuram's Venganoor area while the second victim was found hanging in Alappuzha district.

Archana, 24, died after she was found ablaze at her rented house at Venganoor while Suchitra, 19, was found dead at her husband's house at Vallikunnu in Alappuzha.

The women were found dead even as the unnatural death of Vismaya at her husband's house in Sasthamkotta of Kollam district has triggered a public outrage. She was allegedly tortured by her husband and mother-in-law over inadequate dowry

Archana's husband Suresh was detained when he tried to flee on seeing the police. He is now in the custody of the Vizhinjam police. The couple was married a year ago, police said.

Archana’s relatives alleged foul play in her death. Archana's mother Molly claimed Suresh's family had been pressing them for money and a share of the property.

Both the families had been locked in a dispute over the demand. Archana’s father, Ashokan, said she had been staying with him, but Suresh took her home on Monday. Suresh had a bottle of diesel with him, which he claimed was to kill ants. Archana died later in the night.

Police said they were interrogating Suresh for more information.

In the Alappuzha incident, Suchitra, was found hanging at her bedroom around 11.30am on Tuesday. Though her in-laws rushed her to a hospital nearby with the help of some neighbours, her life could not be saved.

Suchithra got married to Vishnu, a soldier on March 21. Vishnu had left for Uttarakhand, where he is posted, recently.

Police said they were yet to ascertain the cause of death.

Cases of dowry harassments have been on the rise in Kerala despite the state's campaigns against the social evil.

Sixty-six cases of dowry deaths have been reported from the state in the past five years, according to the Police's Crime Records Bureau. In the same period, over 15,143 cases of harassment over dowry have been
registered.

A total of 1,04,015 cases relating to marital disputes are pending before 28 family courts in the state.