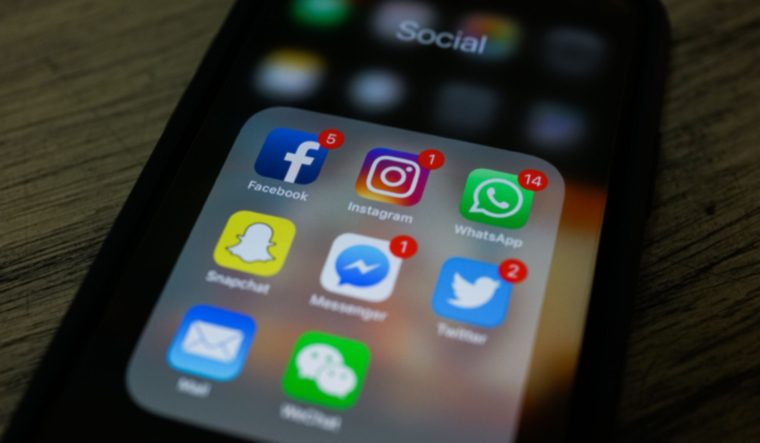 The ministry asked the social media companies to immediately provide details and contact information of the chief compliance officer and resident grievance officer.

The Union Ministry of Information Technology asked social media companies such as Facebook, Twitter, YouTube, Instagram and WhatsApp to report their status on compliance with the new digital rules, which kicked in from Wednesday.

Non-compliance with rules would result in these social media companies losing their intermediary status that provides them exemptions and certain immunity from liabilities for any third-party information and data hosted by them. In other words, they could be liable for criminal action in case of complaints.

Sources with knowledge of the matter said the ministry asked the social media companies to immediately provide details and contact information of the chief compliance officer and resident grievance officer.

The ministry in the statement termed WhatsApp's last moment challenge to the intermediary guidelines as an unfortunate attempt to prevent the norms from coming into effect.

The UK, US, Australia, New Zealand and Canada require social media firms to allow for legal interception, it said, adding "What India is asking for is significantly much less than what some of the other countries have demanded".

"Therefore, WhatsApp's attempt to portray the Intermediary Guidelines of India as contrary to the right to privacy is misguided," the official statement said.

The ministry noted that after October 2018, no specific objection has been made by WhatsApp to the government in writing over the requirement to trace the first originator in relation to serious offences.

The company had generally sought extension of the timeline for enforcement of guidelines but did not make any formal reference that traceability is not possible, the statement said.

"Any operations being run in India are subject to the law of the land. WhatsApp's refusal to comply with the guidelines is a clear act of defiance of a measure whose intent can certainly not be doubted," the statement said.

On one hand, WhatsApp sought to mandate a privacy policy wherein it will share the data of all its user with its parent company, Facebook, for marketing and advertising purposes, while on the other, the platform makes every effort to refuse the enactment of the Intermediary Guidelines necessary to uphold law and order and curb the menace of fake news, the statement noted.

"As a significant social media intermediary, WhatsApp seeks a safe harbour protection as per the provisions of the Information Technology Act.

"However, in a befuddling act, they seek to avoid responsibility and refuse to enact the very steps which permit them a safe harbour provision," the statement pointed out.

In the note to the social media companies, seen by PTI, the ministry said, "As you including your parent company or any other subsidiary, provide a variety of services in India some of which falls within the definition of SSMIs (significant social media intermediaries) in the context of the IT Act and the aforesaid Rules. Accordingly, as part of ascertaining the compliance to these Rules, you are requested to provide the following information..."

Apart from details such as the name of the app, website, and service falling within the scope of a significant social media intermediary, the ministry has sought details of the three key personnel, as well as the physical contact address of the platform in India.

It has asked the platforms to report on the status of compliance with the new rules.

"If you are not considered as SSMI, please provide the reasons for the same including the registered users on each of the services provided by you. The Government reserves the right to seek any additional information, as may be permitted within these Rules and the IT Act," it said.

The ministry has asked large social media companies to confirm and share their response at the earliest "and preferably today itself".