'Why Suvendu Adhikari was not arrested,' asks Narada sting journalist 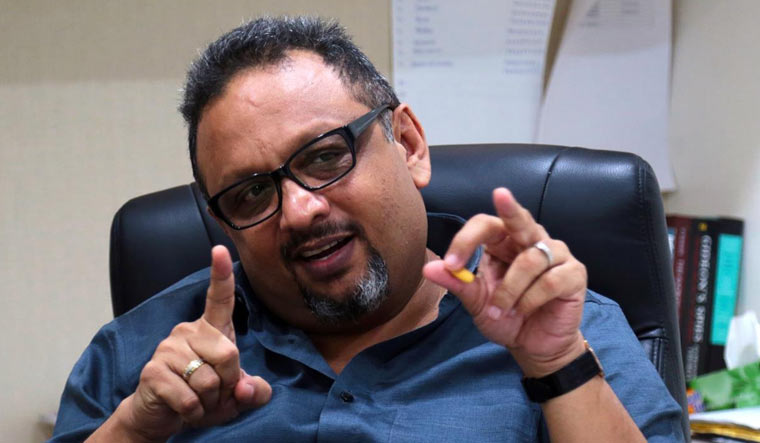 Senior journalist Mathew Samuel whose brainchild was the Narada sting operation, on Monday said he is satisfied after the CBI arrested two Trinamool Congress ministers, an MLA and a former party minister in connection with its probe into the scam.

Samuel, however, expressed surprise that the Central Bureau of Investigation (CBI) did not arrest former TMC minister Suvendu Adhikari, another accused in the same case who has joined the BJP.

Senior ministers Subrata Mukherjee and Firhad Hakim and former ministers Madan Mitra, who is now an MLA, and Sovan Chatterjee, were arrested in the morning. They secured bail later from a CBI court.

Samuel said that steps against corruption are needed and investigations should be fair.

The sting operation was conducted by Samuel of Narada News, a web portal, in 2014 wherein some people resembling TMC ministers, MPs and MLAs were seen receiving money from representatives of a fictitious company in lieu of favours.

At that time, the four were ministers in the Mamata Banerjee government which also had initiated a probe against Samuel.

The operation was made public ahead of the 2016 assembly elections in West Bengal. The Calcutta High Court had ordered a CBI probe into the sting operation in March 2017.

"It's quite satisfying to see these leaders arrested. The CBI could not do anything even if it had the chargesheet ready three years ago. They could not touch them, Samuel said when PTI contacted him.

"But I feel bad that Suvendu Adhikaris name is not there on the list of those arrested, Samuel said.

When pointed out that the CBI also did not take any step against former TMC MP and now BJP MLA Mukul Roy, another accused in the case, Samuel said that his is a different matter as there is no video evidence against him.

The arrests were made after Governor Jagdeep Dhankar gave the CBI the go-ahead to prosecute the four leaders.

West Bengal Assembly Speaker Biman Banerjee dubbed the arrests as illegal, contending that the governor's sanction to prosecute them was unlawful.