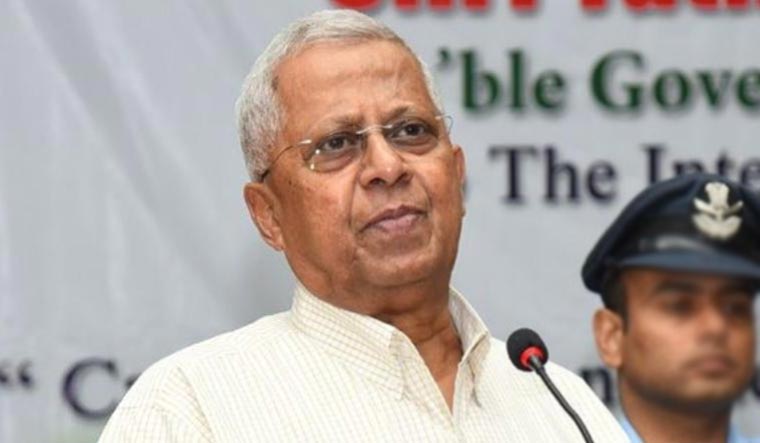 Tathagata Roy, a former chief of the West Bengal BJP unit and former governor of Tripura and Meghalaya, has been unhappy with the saffron party's performance in the recent Assembly polls.

Roy, who has been known for his blunt utterances on Twitter over the years, had alleged the BJP had inducted 'unwanted' elements from the TMC and also fielded "politically stupid" actors in the polls.

On Thursday morning, Tathagata Roy tweeted he had been summoned by the "topmost" leadership of the BJP to go to Delhi "ASAP". While Roy did not specify why he had been called to Delhi, his tweets earlier in the day left little to the imagination.

Tathagata Roy lashed out at four key figures in the West Bengal BJP: Party in-charge Kailash Vijayavargiya, state party chief Dilip Ghosh and leaders Shiv Prakash and Arvind Menon. Roy tweeted the "foursome have dragged the names of our respected prime minister and home minister through mud and have sullied the name of the biggest political party in the world".

In a series of tweets, Roy alleged the four leaders sat at the BJP headquarters and seven-star hotels and "they have distributed tickets to incoming garbage from Trinamool. Now faced with abuse from party workers they’re staying put there, hoping the storm will blow over. These people have heaped the worst possible insults on ideologically driven BJP workers and devout Swayamsevaks who had been relentlessly working for the party since 1980s. Now those very people are suffering the worst persecution from Trinamoolis."

He alleged the state leadership of the party was " just clueless". Tathagata Roy warned of an "exodus" from the BJP.

Roy tweeted, "Now I apprehend two exoduses from the state BJP. First of course is of the garbage who came from Trinamool and will now go back. The second may be the old Karyakartas of BJP. Unless they see signs of reform within the party they will also leave. And that will be the end of the party in West Bengal."