Party fail to win any of the five states 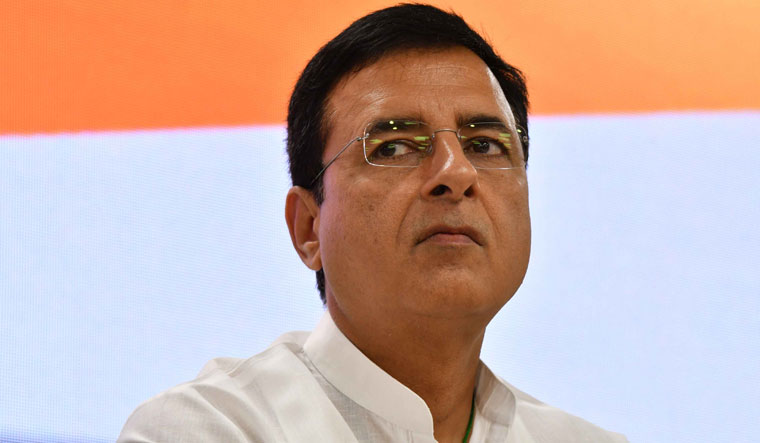 As it became clear that the Congress has failed to win in any of the five state elections, the counting for which happened today, the party came out with the standard reaction that it accepted the verdict of the people with a sense of humility and a sense of responsibility.

AICC Communications Department head Randeep Surjewala said the party recognises that the election results are not as per its expectations, particularly in Assam and Kerala. “We have lost the election in Assam, Kerala, Puducherry and West Bengal, but we have neither lost our morale nor our resolve or determination to continuously become people's voice in these times of unprecedented calamity,” he said.

Surjewala also said that the party will definitely study the results and all the reasons thereof diligently and is committed to correct its mistakes and carry out appropriate course correction.

However, even as the Congress has for the record put up a brave face, accepting the verdict and talking about a course correction, the results of the elections do come as a big setback for the party, especially since it has been struggling to recover from the debacle of the Lok Sabha elections of 2019.

The only bright spot for the party is Tamil Nadu, where it has exhibited a good strike rate, looking set to win as many as 17 out of the 25 seats it contested. It was also leading in the Kanyakumari Lok Sabha constituency, where a bypoll was held. At the other extreme is West Bengal, a state where it stares at complete decimation after being reduced to a zero. The party had won 44 seats in the eastern state in 2016.

In Kerala, which was seen as the Congress' best bet in these elections, and where former party chief Rahul Gandhi led the campaign from the front, the party, which had won 24 seats in the previous election, appeared to be on course to win only 21 seats, and the Congress-led UDF's strength looked set to reduce from the previous poll's tally of 47 to around 43.

In Assam, where the Congress' campaign gained momentum belatedly, the party appeared to be making only a marginal improvement in its seat count.

In Puducherry, for which trends and results were available for 25 out of 30 constituencies, the Congress had won only two seats. Its main rival NR Congress, which fought the election in an alliance with the BJP, had won nine and was leading in one.

For the Congress, it is the same old story at the hustings.