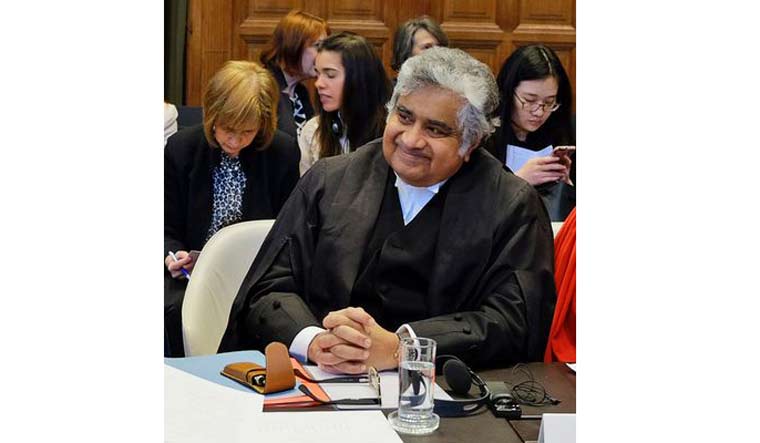 In a dramatic development just as a three-justice bench of the Supreme Court was to take up suo motu hearing of matters related to the COVID-19 situation on Friday, senior advocate Harish Salve has recused from the role of amicus curiae.

Salve had been appointed as the amicus curae by the Supreme Court on Thursday as it announced it would take up matters related to the COVID-19 situation.

While the Supreme Court's decision to initiate a hearing on the COVID-19 situation had attracted criticism, the appointment of Salve also added fuel to the fire.

Activist Saket Gokhale, who is close to the Congress, sought to intervene in the suo motu proceedings seeking to replace Salve. Gokhale cited Salve's record of appearing for mining giant Vedanta as a matter of conflict of interest.

There was also criticism of the fact that Salve and Chief Justice S.A. Bobde, who is heading the three-justice bench, were acquaintances from their school years.

Salve was quoted by Bar & Bench as saying, "it's (COVID-19 situation) the most sensitive case this court will look into. I don't want this case to be decided under a shadow that I knew CJI from school and college and allegations being made or there is conflict of interest."

Salve added, "I did not know our bar is divided among industries we appear for. Please allow me to recuse with all humility. I appeared for Vedanta since was informed 10 minutes before mentioning... I don't want any side show. The language of the narrative now is very different."

Responding to Salve, Bobde acknowledged, "We will honour your sentiments and you must have been pained. We will allow your request."

After passing an order to relieve Salve as amicus curiae, the Supreme Court bench adjourned the matter to next Tuesday (April 27). The Supreme Court also granted time to the Centre to file reply on distribution of essential supplies and services during COVID-19 pandemic.