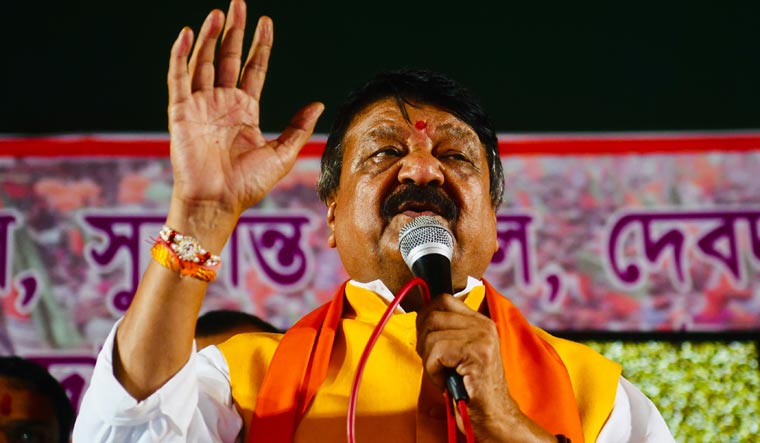 He said doctors, paramedical staff, NGOs and people from other fields are working continuously to serve the COVID-19-affected people.

"I request to the people in the media...you are everyday showing piles of dead bodies (of COVID-19 victims), suffering and agony of dying patients. This is creating panic among common people," Vijayvargiya told reporters.

He said, “If you look at history, pandemic comes once every 100 years. In such a situation, the media should show how doctors and paramedical staff are working continuously.”

The BJP leader said many non-medical persons and NGOs are also serving the coronavirus-affected people.

“This, too, should be shown to the public as it is very essential for creating a positive atmosphere," he said.

Vijayvargiya termed as unconstitutional, the demand of West Bengal Chief Minister Mamata Banerjee to curtail election schedule in her state to check the spread of COVID-19.

Banerjee has requested the Election Commission to reconsider its decision of conducting elections as scheduled earlier. The TMC chief has suggested to hold the polling in the last three phases of elections in one go or in two days to minimise the effect of COVID-19.

“Banerjee lacks knowledge about technical aspects of elections. Once the EC has announced poll schedule, it sets the schedule of many poll-related exercises, including time that a candidate gets for campaigning," Vijayvargiya said.

“How can one reduce the time period for campaigning. The EC won't be able to take any such decision as it will be unconstitutional. It is not proper for Banerjee to make such a demand to gain sympathy of people,” the BJP leader said.

On senior Congress leader Rahul Gandhi cancelling his election rallies in West Bengal, he caustically remarked, “Who is anyway going to his rallies?”

Vijayvargiya claimed the BJP will easily get past the majority mark (148 seats) in West Bengal after the sixth phase of polling on April 22.

After seventh and eighth rounds of voting, the party's tally of seats would reach 200 in a house of 294, he claimed.

West Bengal assembly elections are being held in eight phases. The last phase will be held on April 29, while counting of votes will take place on May 2.

On protests by the Congress in Madhya Pradesh on the issue of shortage of hospital beds, Remdesivir injections and medical oxygen for COVID-19 patients, he said in such a difficult situation politicians should come forward to help people by rising above party politics.

Answering a question, he said the state's BJP government is taking all possible measures to deal with the pandemic.