Pathak's letter warned that if matters continue thus, a lockdown might be inevitable 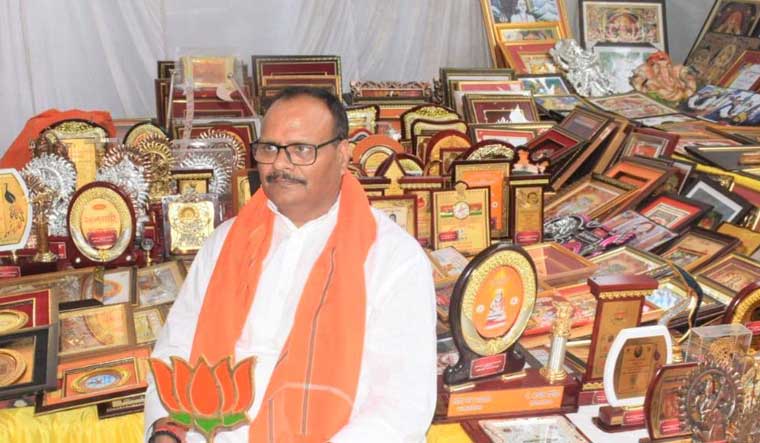 Uttar Pradesh’s law minister has written to the state’s top bureaucrats about how even he is unable to arrange for medical attention in these times, throwing into question the state’s claims about doing a good job of managing the COVID-19 pandemic.

In a letter that has gone viral since Monday, Brijesh Pathak, the state’s law minister, wrote to the additional chief secretary (medical and health) and the principal secretary (medical education), drawing attention to Yogesh Parveen, the celebrated author who passed away on April 12. Pathak said that he was contacted when Parveen took ill suddenly. “I myself spoke to the chief medical officer (CMO) and requested him to provide an ambulance and medical facilities… it is a matter of regret that even after many hours, he did not get an ambulance and he passed away as a result of not receiving medical care on time,” Pathak wrote.

In the one-page letter, Pathak draws attention to the many other shortcomings in the state’s health system. These include no response on the helpline numbers of the CMO, four-to-seven days' time for getting COVID-19 test results, two days of waiting to get admitted to a hospital and the paucity of testing kits.

The letter starts by saying, “At present, the status of health services in Lucknow is a matter of grave concern” and ends with a warning that if matters continue thus, a lockdown might be inevitable.

A day before, Chief Minister Yogi Aidtyanath had said that lockdown was not an option and that he would also not allow anyone to die. This was followed by instructions to “take over” private hospitals if the need arose.

Additional Chief Secretary (Information) Navneet Sehgal had also clarified on rumours of a possible lockdown, saying that the government would take action against all those who were spreading such misinformation.

While there has been no official word on barring private pathology labs from conducting tests, many people have reported an inability to get any tests—either at pathology labs or through home collection. Social media has been flooded with pleas to help with tests and with hospital admission.

There have also been complaints that for patients who have been suggested home isolation, the visiting medical teams come with inadequate medicines.

Lucknow’s district magistrate Abhishek Prakash, meanwhile, said that there was no shortage of any kind in the state capital,which is leading in the number of COVID-19 cases in UP. The availability of oxygen cylinders is 20 per cent more than required, while there are 56 ambulances operational 24 x 7 as per details issued by the DM office.

Pathak’s letter has served as ammunition for the opposition.

Samajwadi Party president and former chief minister Akhilesh Yadav tweeted, “The government will have to answer why it has made false claims about controlling COVID… shortage of vaccine, test, doctor, bed, ambulance; why is the government silent on delay in test reports and black marketing of medicines… where is the star campaigner?” The last is a jibe at Yogi Adityanath who has been much in demand as a campaigner for the BJP, during the recent Assembly elections in Kerala, Assam and West Bengal.

Ajay Kumar Lallu, the state chief of the Congress, said, “This CM is unable to control even what is happening in the capital. The state is suffering.”