Mysuru dailywager's 'dream' library of 11,000 books burned down by miscreants

62-year-old, who works as a drainage cleaner, vows to rebuild the library 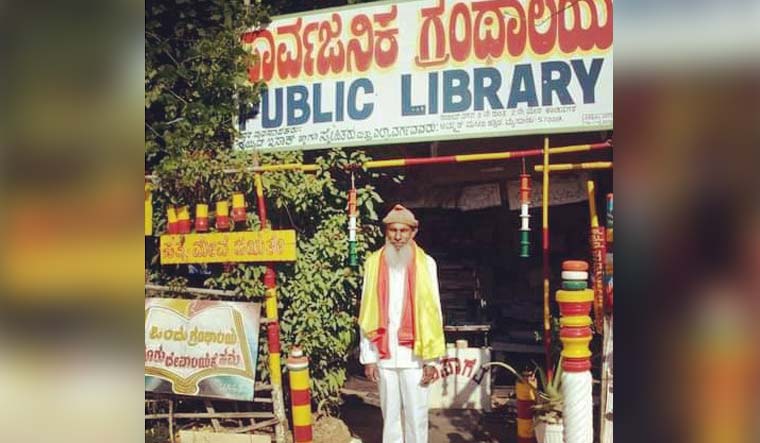 He has never been to school.  But his love for books gave wings to his dream of setting up a library. On Friday,  this library in Mysuru with more than 11,000 books was reduced to ashes after some unidentified miscreants set fire to the library nestled in the Corporation park in Rajeev Nagar.

Syed Isaac (62), an underground drainage cleaner in Mysuru is trying to come to terms with the tragedy as he had painstakingly set up the library in 2011 to encourage people to read books. Syed had become popular due to the library.

A daily wager, Syed saved some money every month to buy books and got some from donors too. His fondness for Kannada books was evident from the fact that almost 85 per cent of the books were in Kannada. The library had thousands of copies of the Bhagavad Gita,  Bible and Quran, and he subscribed to as many as 18 daily newspapers. Around 100-150 persons turned up at the library every day to read the newspapers.

On Friday, a resident of the locality rushed to Syed's house (close to the library) to inform him that the library had been gutted.

A distraught Syed told reporters that earlier too there had been a few attempts to obstruct his work.  "I vow to rebuild the library," said Syed,  who has also lodged a complaint with the Udayagiri police.

An FIR under IPC section 436 (mischief by fire) has been filed. The incident has outraged book lovers,  who have come together to raise funds to rebuild the library. A Ketto fundraiser had raised over Rs 9 lakh as of writing. Besides an online fund-raiser campaign, some Kannada book publishers, academics and politicians are reaching out to Syed to help him rebuild his dream.