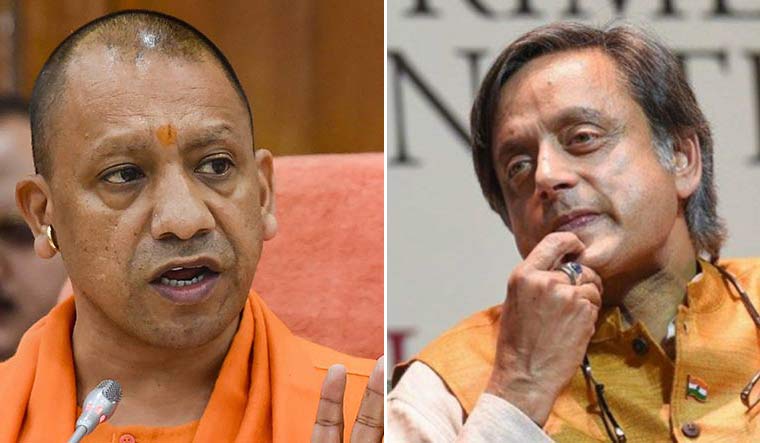 Congress MP Shashi Tharoor questioned the Centre’s motive after Uttar Pradesh Chief Minister Yogi Adityanath raised the issue of “love jihad” in Kerala and the refusal of state leaders to address it. While calling the idea of love jihad an “absurdity”, Tharoor said it is a “poisonous rhetoric” used to polarise the people.

“Love Jihad is an absurdity as a proposition. Can anyone point to how many cases there have been that constitute so-called jihad? This is pure communalism, poisonous rhetoric intended to polarise our people and opinions among communities. This kind of love jihad talk is foreign to us,” Tharoor told ANI.

“Why is the Centre busy intruding into our lives? Let people lead their private lives as they should. This is what our country and democracy ought to be all about. But politicians have given themselves the right to tell people what to wear, whom to love, how to eat, how and where to pray,” he said.

While addressing an elections rally in Kerala’s Alappuzha district, Adityanath hit out at the LDF government and the UDF in the opposition for failing to bring development and address the love jihad issue.

“Both Congress and Communist Party, who has ruled the state since independence, have put the development of Kerala on a backfoot. The government machinery has failed entirely as you can see how the government has failed to address the COVID-19 situation in the state.”

Kerala will go into polls on April 6, with voting being held in a single phase for the 140-member state Assembly. The counting of votes will take place on May 2.