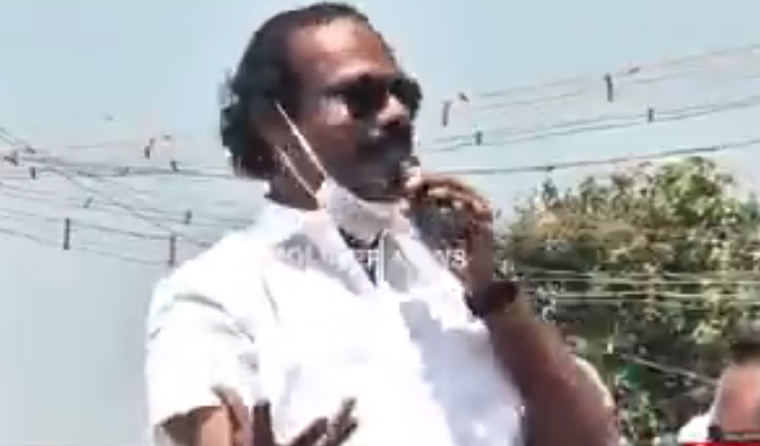 From the infamous "boys will be boys" remark by Samajwadi Party's Mulayam Singh Yadav to Uttarakhand chief minister Tirath Singh Rawat's recent claim that wearing of ripped jeans leads to societal breakdown, sexist, misogynistic comments are routinely dished out by Indian politicians. The latest in this line of distasteful remarks is one from DMK candidate Dindigul Leoni.

In a video that has gone viral, Leoni is heard body shaming women saying women have become "like barrel" after drinking milk from foreign breed of cows.

"There are different types of cows. People use milking machine to collect milk from foreign cows. You can collect 40 litres of milk from a foreign breed of cow using this machine. Our women have put on weight because they drink the milk of foreign cow. Women used to have shape that resembled the number eight before," he is heard saying in a video.

Today, women have lost their shape and have become like barrels as they drink the milk of foreign cow, the DMK leader said in the video.

After the video went viral, Leone faced much backlash, with some users asking DMK leader Kanimozhi to take get rid of people like him before the party talks about women's safety.

BJP leader Gayathri Raghuram asked if Leone knew what happens to a woman's body post pregnancy or during hormonal changes, and asked Kanimozi what does she "like to say to this kind of male chauvinist."

What a shame.. what milk does he drink? Does he know what happens to women’s body post pregnancy or during hormonal changes? @KanimozhiDMK what do you like to say to this kind of male chauvinist? Is this the respect your party people have on women. https://t.co/7yMf5esqX0