Nomination papers of three NDA candidates have been rejected 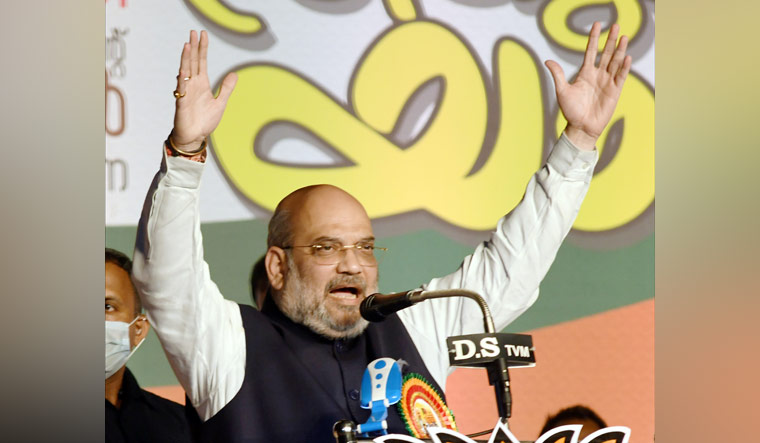 Union Home Minister Amit Shah has cancelled his scheduled campaign in Kerala's Thalassery after the BJP candidate's nomination was rejected for the April 6 Assembly elections. Shah will reach the state on Tuesday night and address public meetings in various constituencies.

In a setback to the BJP-led NDA, the nomination papers of its candidates from Thalassery, Guruvayur and Devikulam constituencies have been rejected by the Returning Officers after scrutiny.

The rejection of nomination in Thalassery, where the BJP has considerable vote share, has left the party's Kerala unit in a huge crisis ahead of the polls. On Monday, the Kerala High Court  dismissed pleas of the three candidates challenging the rejection of their nomination papers.

The nominations of the BJP candidates in Thalassery and Guruvayur were rejected for want of mandatory documents, said reports. In Devikulam in Idukki district, BJP ally, AIADMK's candidate R.M. Dhanalakshmi's nomination was reportedly rejected for submitting an incomplete form along with the nomination papers.

BJP's Kannur district president N. Haridas was the party's candidate for Thalassery. With the rejection of his nomination, the party has no candidate in the fray in Thalasserry where it had secured the highest number of votes,(22,215) in the north Kerala district, considered a bastion of the CPI(M), in the 2016 Assembly polls.

BJP's Guruvayur candidate Nivedita, who is the president of the party's state Mahila Morcha, claimed there was only a minor technical error in her nomination but the returning officer refused to give a relaxation.

The rejections of nominations of three NDA candidates have sparked off a political war of words between the Congress-led UDF and the CPI(M)-led LDF. Both the fronts have been accusing each other of trading votes with the BJP.