They call ‘Dandi March 2.0’ for peace a ‘hoax and government conspiracy’ 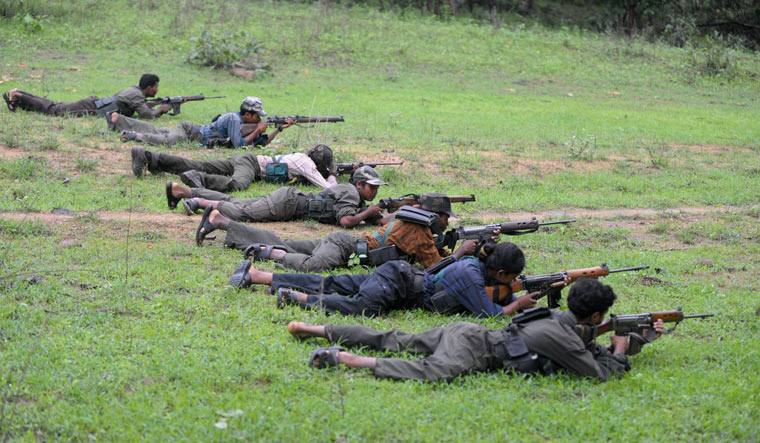 Even as the ‘Dandi March 2.0’—a foot march for peace in Maoist-affected parts of Central India, especially the Bastar division—continues, the Maoists have made what looks like a conditional offer for peace talks.

However, they have also called the foot march a hoax and government conspiracy and asked the "genuine" civil society not to fall prey to this conspiracy.

In a press statement in Hindi dated March 12, Vikalp, spokesperson of the Dandakaranya Special Zonal Committee of the Communist Party of India (Maoist) said the party has been saying for the past several years that the interests of the oppressed classes and people are of paramount importance to them. “Therefore, we are always ready for peace talks for the benefit of the people, provided the government at the outset removes the armed forces’ camps from the conflict areas and send them to their original barracks, remove the ban imposed on our party and unconditionally release out party leaders from jails to create a conducive atmosphere for talks,” the statement said.

It added that the civil society should take initiative in this regard and "give up the superficial and cheap measures like meeting the affected families, making registers of them, and the gimmicks to mislead people."

The statement comes in the wake of ‘Dandi March 2.0’ – a peace initiative under the New Peace Process in which the families of the victims of Maoist violence as well as those of victims of the actions of security forces are participating. The march commenced on March 12 from Narayanpur in Bastar.

Under the initiative, a register of families who suffered loss of loved ones has been collated and section of these families will also be participating in a mass meeting in Raipur on March 23, at the conclusion of the ‘Dandi March 2.0’.

The Maoists’ statement read: “We came to know from media reports that a civil society has been formed for the purpose of establishing peace in Bastar. Despite the involvement of politicians, journalists, social activists, the fact that the initiative is by corporate brokers and pseudo-journalists like Shubhranshu Choudhary (convener of New Peace Process) and is being taken out in the presence of Chief Minister Bhupesh Baghel makes it questionable whether it is a civil society or a government society.”

"Individually, some people in civil society may have good intentions and we can welcome them, but they should be careful that people like Shubhranshu try to shield the corporate plunder, government repression and violation of human rights in conflict areas by armed forces by adopting a humanitarian mask and under the guise of peace," the statement read.

Through the statement, the party leaders made an appeal to people that instead of taking out peace march, they should hit the streets and stage protests in order to ensure peace. If civil society is honest about peace, they should make a demand before the central government to immediately stop the counter-revolutionary suppression scheme solution of the state governments, the Maoist leadership said.

Support to farmers’ cause

“Is it not true that the people are disturbed due to all these problems? Is peace possible without their solution? Not at all. The exercise of peace should be in the direction of ending the roots of unrest, but is the civil society not taking the initiative to take a step in the opposite direction?” the statement read.

Reacting to the statement by the Maoists, Shubhranshu Choudhury said it is good that they are responding to people’s demands. “Hope government also respects its election promise. All demands look difficult in the beginning. But a middle path seems possible, if we learn from past mistakes,” Choudhary said while talking to THE WEEK

Despite repeated efforts, Chhattisgarh Home Minister Tamradhwaj Sahu or government spokesperson Mohammad Akbar could not be contacted for comments.