Sticky bombs in Kashmir valley: What are these IEDs used by Taliban in Afghanistan 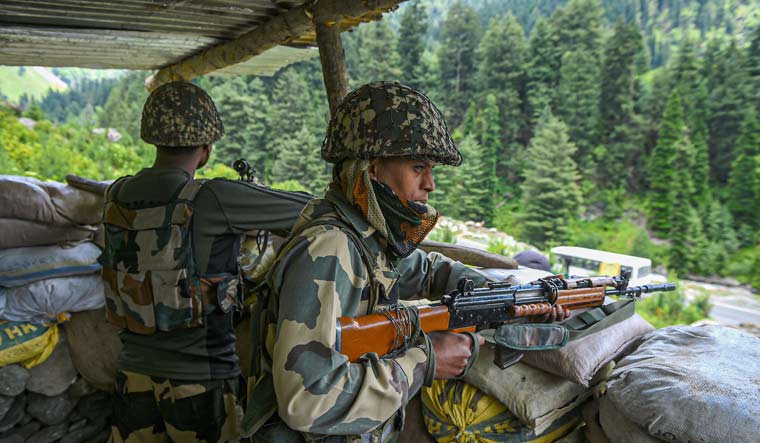 Suspecting that 'sticky bombs' may have entered the valley, security forces are redrawing their standard operating procedures and also advising general public not to leave their vehicles unattended, officials said on Sunday.

In the middle of last month, the Jammu and Kashmir police recovered an arms consignment consisting of a Improvised Explosive Device (IED) with an in-built magnet which could be placed on any vehicle and exploded with the help of a timer or a remote.

The magnetic IEDs, known as 'sticky bombs', have found their maximum use in war-ravaged Afghanistan where Taliban used them against US-led allied forces and in Iraq and Syria where IS terrorists have triggered them against the government forces.

The 'sticky bombs', dropped by terrorists sitting across the border in Pakistan using drones, were recovered in Samba sector of Jammu region along the International Border on February 14.

Immediately after their recovery, a video originated from across the border on social media which gave step by step instructions about its usage and triggering mechanism, a development which took the security agencies back to the drawing board for redrawing its Standard Operating Procedures (SoP) for their movement.

The video issued in the name of People's Anti-Fascist Front (PAFF), believed to be a shadow outfit of the banned Lashker-e-Taiba terror group, explained about magnetic bombs and its damage capabilities.

The video, originally used in Afghanistan training modules, has been given a voice over in Kashmiri language explaining how to use this bomb for more and effective damage of the target, the officials said.

The security forces, since the recovery of the 'sticky bombs', have instructed their formations and general public at large not to leave their vehicle unattended, the officials said.

In India, 'sticky bombs' were used by suspected Iranian terrorists in February 2012 to injure the wife of an Israeli diplomat.

The development comes two years after a Jaish-e-Mohammed terrorist carried out a sensational attack when he rammed an explosive-laden vehicle into a bus carrying security forces that left 40 CRPF personnel dead.

In response, India had carried out an air strike on terror camps located across the border.

Sticky bombs, which were also used by the British forces during World War II, can be put on any vehicle and detonated through a remote control or an in-built timer, the officials said.

This is yet another significant recovery after security forces found three Point Detonating (PD) fuses, used by the Pakistani army in their 82 mm mortar shells, from a terrorist in North Kashmir.

About the PAFF, the officials said that changing names has been an age-old modus operandi of Pakistan's external snooping agency ISI to divert the attention of the international community and label the unrest in Jammu and Kashmir as indigenous.