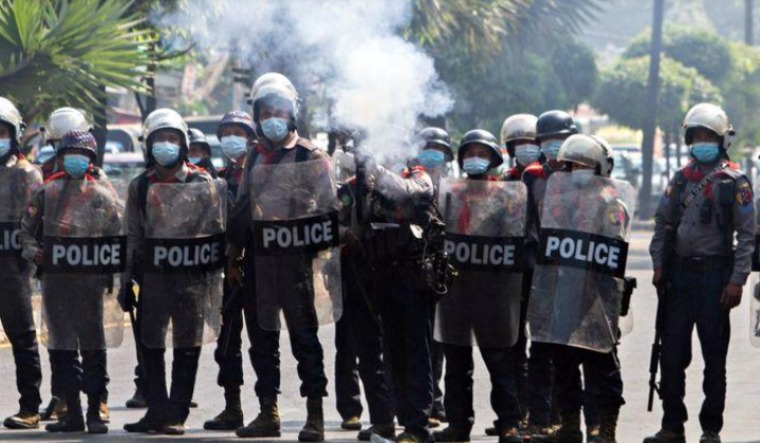 Amid the unrest in Myanmar following the military coup last month, at least 19 policemen from the Southeast Asian nation crossed over into Mizoram to seek refuge, Reuters reported on Thursday.

An Indian police official told Reuters that the personnel from Myanmar crossed over to the border districts of Champhai and Serchhip in Mizoram. He said the Myanmar policemen were unarmed, lower-ranking personnel and added intelligence reports claimed more were expected to join. The men crossed over to avoid taking orders from the military junta ruling Myanmar. "They [policemen] didn’t want to take orders against the civil disobedience movement,” the Indian official, who spoke on condition of anonymity, told Reuters. The refugees feared they would be targeted by the Myanmar military for refusing to take orders.

PTI reported that three of the refugees were detained near the village of Lungkawlh on Wednesday.

India shares a 1,643km (1,020-mile)-long border with Myanmar, where more than 50 people, mostly peaceful protesters, have been killed since the February 1 military coup. India is home to thousands of refugees from Myanmar who are scattered across different states.

"There have been several instances recounted on social media of police joining the civil disobedience movement and protests against the junta, with some arrested, but this is the first reported case of police fleeing Myanmar," Reuters reported.