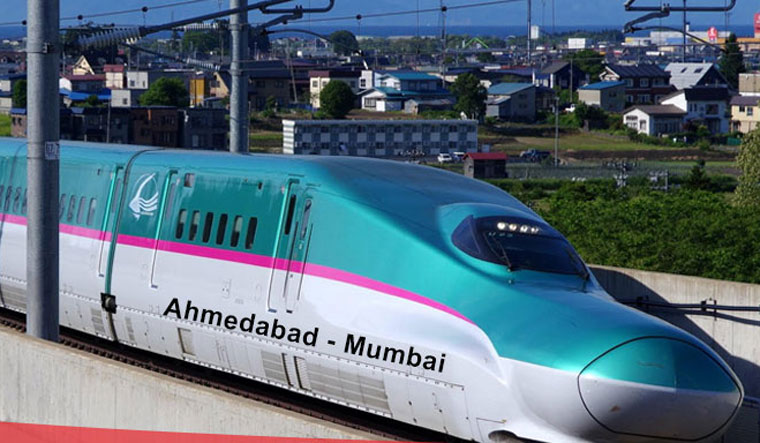 When the project, which will be executed with the support of Japan International Cooperation Agency (JICA), is completed, the 534km distance between Ahmedabad and Mumbai can be covered in two hours.

MD of NHSRCL, Achal Khare, said on Thursday that 95 per cent of the land acquisition has been done in Gujarat and remaining five per cent should be acquired by May. He said only the land which is under dispute between family members has not been acquired. He, however, added that this issue would be resolved soon.

The Gujarat stretch of the project should be over in four years, he said, and added that they are planning to start the Gujarat stretch in the first phase if the land acquisition in Maharashtra is not completed by middle of this year. He said this was being discussed with with JICA.

Compared to Gujarat, there have been more protests in Maharashtra against giving away the land for the project.

Khare said  an estimated Rs 2,000 crore have been saved by changing the alignments. These changes have been made in Vadodara, Sabarmati and Ahmedabad, to bring the bullet train tracks near the existing railway tracks for easy access for the passengers.

The bullet train project, which was supposed to be completed in 2023, has been delayed due to land acquisition problems.