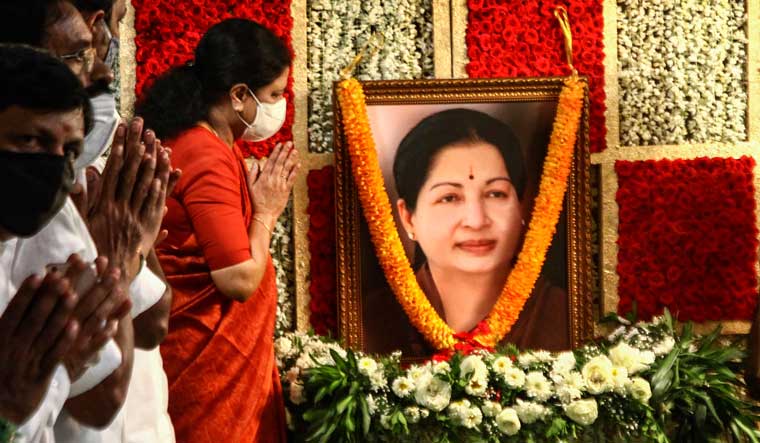 The BJP on Wednesday said the AIADMK would decide on accommodating V.K. Sasikala, confidante of former Chief Minister J. Jayalalithaa, in the ruling party-led alliance for the April 6 Assembly polls.

The AIADMK, in a quick reaction, ruled out accommodating her or her nephew TTV Dhinakaran led Amma Makkal Munnetra Kazhagam neither in the party or in the alliance led by it for the elections.

Saffron party's Tamil Nadu incharge and national general secretary, C T Ravi, when asked if his party wanted Sasikala to be in the AIADMK-led alliance and on Union Home Minister Amit Shah reportedly speaking to Chief Minister K Palaniswami about the mater, said,"only you are speculating."

His party was part of the AIADMK-led alliance and whether to accommodate or not Sasikala and Dhinakaran would be decided by Tamil Nadu's ruling party, he said.

Both Chief Minister K Palaniswami and Deputy Chief Minister O Panneerselvam knew the strengths and weaknesses of Sasikala and Dhinakaran and they would take a decision, he told reporters in Chennai.

Asked if there was any conflict with AIADMK over any matter connected to seat-sharing, Ravi said there was 'no conflict' adding discussion was on. "We are strengthening the party in all 234 seats."

AIADMK senior leader and Fisheries Minister D Jayakumar, when asked if the BJP recommended bringing Sasikala to the alliance led by his party and if there was any pressure on his party over it, he said, "no one can force us."

The BJP has never interfered in the AIADMK's internal affairs and a big rumour was doing the rounds as if the saffron party was pressuring his party on the matter, he said.

There is no scope '100 per cent' for Sasikala or AMMK joining the AIADMK or the alliance and this is the stand of the party, he asserted.

Party's ideology and electoral alliances were two different things and the AIADMK's stand is to keep Sasikala and AMMK at bay, he said.

On Dhinakarn stating that anti-DMK parties accepting AMMK's leadership were welcome for electoral alliance, he said it was a 'mockery.'

Asked about Amit Shah reportedly broaching the subject of bringing Sasikala into the AIADMK-led front during his visit to Chennai days ago, Jayakumar said it was a 'myth.'