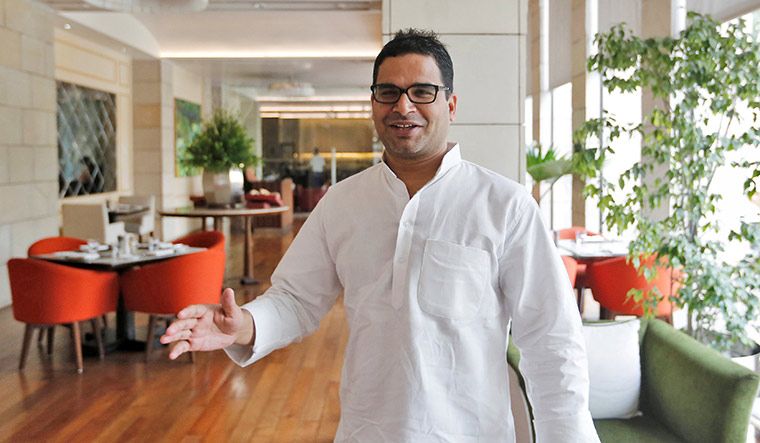 Political strategist Prashant Kishor has been appointed as the "principal advisor" to Punjab Chief Minister Amarinder Singh, with the rank and status of a cabinet minister.

The chief minister took to Twitter to announce the decision. "Happy to share that  @PrashantKishor has joined me as my Principal Advisor. Look forward to working together for the betterment of the people of Punjab!," he wrote.

Hailed as India’s most-sought-after political strategist, Kishore's appointment comes even as the state is scheduled to go to polls early next year. Kishore returns to state four years after him and his Indian Political Action Committee (I-PAC) helped the Congress to script an impressive win in the 2017 assembly polls.

A tweet from the CMO Punjab read: "PunjabCabinet clears the appointment of Shri  @PrashantKishor as Principal Advisor to the Chief Minister  @capt_amarinder Singh in the rank and status of a Cabinet Minister." He will also be offered a token honorarium of Re 1.

The Punjab CM had earlier said the poll strategist had told him that he would be happy to handle the Congress' poll campaign in 2022.

Currently, Kishor and I-PAC are assisting West Bengal Chief Minister Mamata Banerjee and her TMC with the polls, even as several TMC leaders are said to be unhappy with Kishore's influence on the poll campaign.

Kishor had first made a name for himself as a poll strategist for Prime Minister Narendra Modi in his maiden Lok Sabha election in 2014, before going on to assist Amarinder Singh in 2017 and Arvind Kejriwal in Delhi (2020).

Kishor had joined the JD(U) of Bihar Chief Minister Nitish Kumar in 2018, but was expelled from the party in 2020 after frequently criticising Kumar.