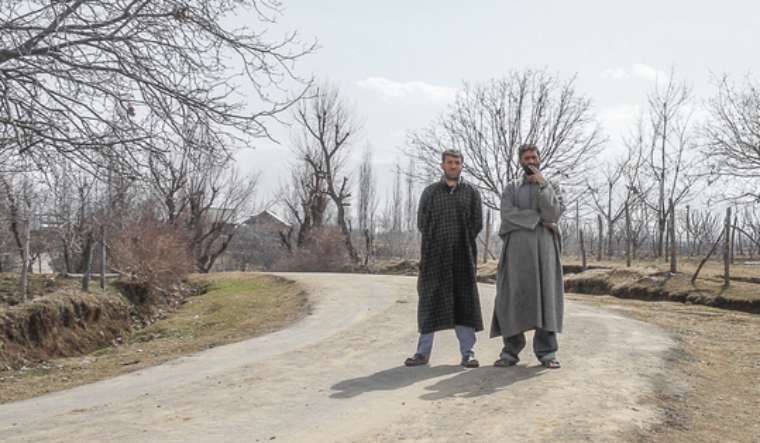 It is not unusual for Kashmiris of all ages to wear the traditional pheran to keep warm during the harsh winters. In fact, the thick woollen cloak is integral to Kashmiri culture and has even been adopted as a fashion statement by many outside Kashmir.

However, a call to ban the traditional garb has re-emerged this week as Hindu militant religious group Bajrang Dal raked up the issue over pherans and left many Kashmiris seething.

The Bajrang Dal’s call for banning pherans came after two policemen were shot at point blank range by a militant at Barzulla locality of Srinagar. The militant had concealed the gun under the pheran he was wearing. After firing at the policemen, he escaped. The police later claimed to have arrested a suspect.

However, the controversy over the pheran ban is not new and goes back to September 2018 when the government issued an order urging employees to avoid wearing casual attire when they come to office.

The order issued by the General Administration Department of the Civil Secretariat didn’t specifically mention pherans. It called for government officials to “be attired in proper formal dress while appearing before any court of law and while attending offices in the State of Jammu and Kashmir and strictly avoid casual or party attire”.

The order was passed a month after the state High Court asked the government to announce an official dress code for officials attending court. The court issued the directive after it found a government officer in court not “in proper dress”. However, given the sensitivities of the locals about pherans, the order was withdrawn.

Two months later, the controversy resurfaced after a Zonal Education Officer (ZEO) in Kupwara ordered the staff to not report to the offices wearing pherans.

After a local daily carried the news about the officer’s order, the education department clarified that there was no ban on wearing pherans in offices.

However, the move had already done the damage as it evoked a sharp response from people in Kashmir, including former chief minister Omar Abdullah.

“I fail to understand why pherans should be banned! This is a regressive order that makes no sense at all. Pherans are a very practical way of keeping warm during the cold winter aside from being part of our identity. This order should be withdrawn,” he had tweeted.

Many more netizens went on to post pictures of themselves wearing pherans on social media, trending #saynotopheranban on Twitter.

Weeks later, videos of pherans piled outside the mini secretariat in Shopian, south Kashmir emerged on social media. The government was quick to clarify that there was no order on barring pherans, and action would be taken if such incidents had taken place. Photos showing CRPF personnel asking locals in Lal Chowk to take off their pherans during a security check also made the rounds.