'Wisdom of voters must be respected': Kapil Sibal on Rahul's 'north-south' remark 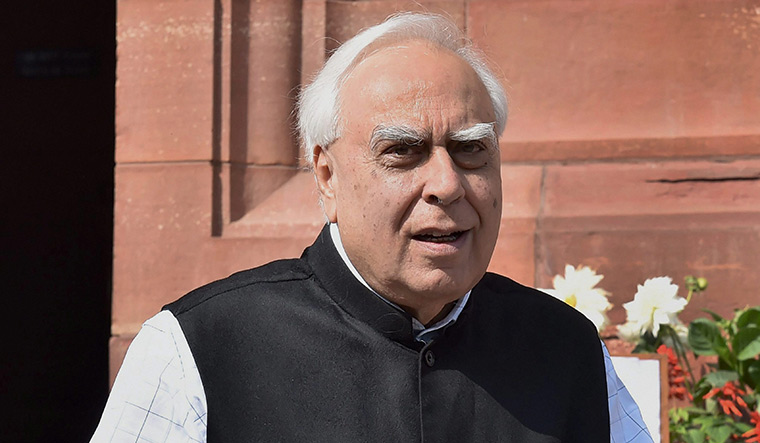 With former Congress president Rahul Gandhi's remarks in Kerala comparing politics in north and south India snowballing into a controversy, the party on Wednesday clarified that its position has always been to respect electors irrespective of their location.

While refusing to give a direct comment on Rahul's remarks, Sibal told ANI: "I'm nobody to comment on what he said. He said it and he can explain in what context he said it...We must respect electors in the country and not denigrate their wisdom..."

Addressing a public gathering in Thiruvananthapuram on Tuesday, Rahul had said, "For the past 15 years, I was an MP in the north. I had got used to a different type of politics. For me, coming to Kerala was very refreshing as suddenly I found that people are interested in issues and not just superficially but going into detail in issues."

His remarks drew sharp reaction from the BJP which accused the Congress leader of belittling North Indians.

Earlier, another senior Congress leader Anand Sharma said only Rahul can clarify in what context he made the remarks so that there is no conjecture or misunderstanding on the issue.

"Rahul Gandhi had made the observation perhaps sharing his personal experiences and not disrespecting any part of India or dividing. In what context he made that observation, surely he can clarify that so that there is no conjecture or misunderstandings of that issue," he said.

Sharma said the Congress has never divided the country and that each part of India is equally important to the party.

“North India has also contributed a lot in the country's development,” he added.

Both Sibal and Sharma are among the 'group of 23' leaders who wrote to Congress chief Sonia Gandhi seeking large-scale party reforms.

The BJP alleged that Rahul had belittled North Indians, despite him and his family members winning several elections from Amethi in Uttar Pradesh in the past.

"Insulting Indians is a favourite pastime of Rahul Gandhi. Indians are not superficial you are Mr Rahul Gandhi," tweeted Union minister Prakash Javadekar.

Later during a post-Cabinet media briefing, the minister said: "I do not take political questions generally (during such briefings), but this is one question on which I want to speak...Gandhi talks about fresh air when he goes to north-east and when he is in South India, he says the atmosphere in Kerala is different from the north".

“I was listening to a statement of a leader of a national party who has been elected from Uttar Pradesh many times and he is making fun of the people of the state in Kerala and trying to divide the people. He has done it earlier too," the chief minister said.

Rahul, who was representing the Amethi constituency of Uttar Pradesh in the Lok Sabha since 2004, contested from the Wayanad seat in Kerala simultaneously in the 2019 general elections.

Although, he lost Amethi to Smriti Irani of the BJP, he won from the Congress bastion in Kerala.