Second wave of COVID-19? As Maharashtra and Kerala lead surge, what numbers tell us 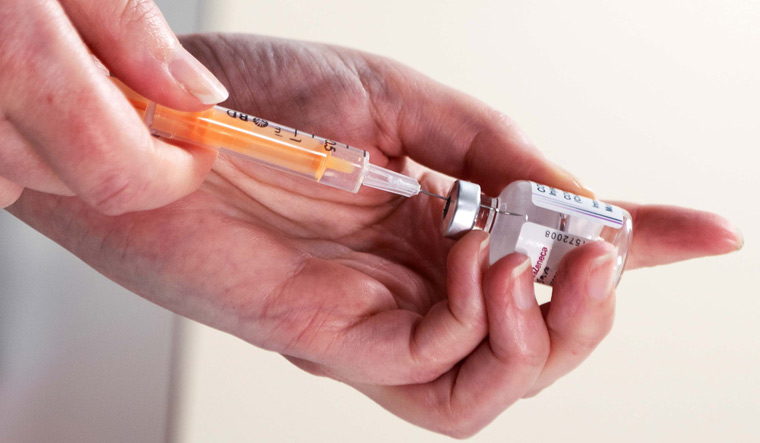 Amid a surge in coronavirus cases across the country, authorities have raised the alarm of a possible second wave of the pandemic unless surveillance, prevention and vaccination measures were beefed up. Maharashtra Chief Minister Uddhav Thackeray, the steward of the state currently ranking at the top in coronavirus infections, had on Sunday banned social, religious and political gatherings. He said in a public address that the pandemic was raising its head in the state again, but whether this was a second wave will be known in eight to 15 days.

At the same time, the Union health ministry has also written to all states and UTs on the need to significantly enhance the pace of COVID-19 vaccinations, while experts have cautioned against letting the guard down or factoring in "herd immunity" which could be "very difficult" to achieve due to the "variant strains". In a letter addressed to chief secretaries of all states and UTs, Union Health Secretary Rajesh Bhushan said the number of days of vaccination in a week should also be increased to a minimum of four days at the earliest to speed up the process of vaccination and gear up the system to take up the vaccination of the 50+ population.

Kerala and Maharashtra at the forefront of cases: What the numbers tell us

India has been witnessing a rise in the COVID-19 active cases over the past few days which is pegged at 1,45,634, comprising 1.32 per cent of the country's total infections, the Union health ministry said. According to the ministry, 22 states and UTs have not reported any COVID-19 death in a span of 24 hours. More than 74 per cent of the active cases of the country are in Kerala and Maharashtra.

"Of late, it is seen that there has been a spike in the daily cases in Chhattisgarh and Madhya Pradesh also. Punjab and Jammu and Kashmir too are witnessing a surge in daily new cases," the ministry said.

Ninety deaths were reported in a day, the ministry said, adding that five states account for 80 per cent of the new deaths. Maharashtra saw a maximum of 40 casualties. Kerala reported 13 deaths, while Punjab has reported another eight fatalities. In a span of 24 hours, only one state has reported more than 20 deaths, while 10 to 20 deaths have been reported by just one state. Further six to 10 deaths have been reported by two states and 10 states have reported one to five deaths, the ministry said.

It further said that 81.65 per cent of the new recovered cases are observed to be concentrated in five states. Kerala has reported the maximum number of single day recoveries with 5,841 newly recovered cases. A total of 2,567 people recovered in Maharashtra in a span of 24 hours followed by 459 in Tamil Nadu.

As Maharashtra grapples with a spike in coronavirus cases, health experts and government officials are putting the onus for the surge on people not following face mask and social distancing norms. There is also talk of a fresh lockdown, days after reopening of public transport, educational institutions and religious places, as fresh cases from rural areas of the state and non-slum areas in Mumbai continue to increase.

The surge in COVID-19 cases continued in Maharashtra for the fifth consecutive day on Saturday, with 6281 new cases, the highest daily addition in 85 days, taking the state's caseload to 20,93,913. Maharashtra's death toll now stands at 51,753, with the case fatality rate at 2.47 per cent, well above the national figure of 1.42 per cent.

Amravati, Yavatmal and Akola districts of Vidarbha are seeing a sudden spurt, reporting over 1,400 new cases per day.