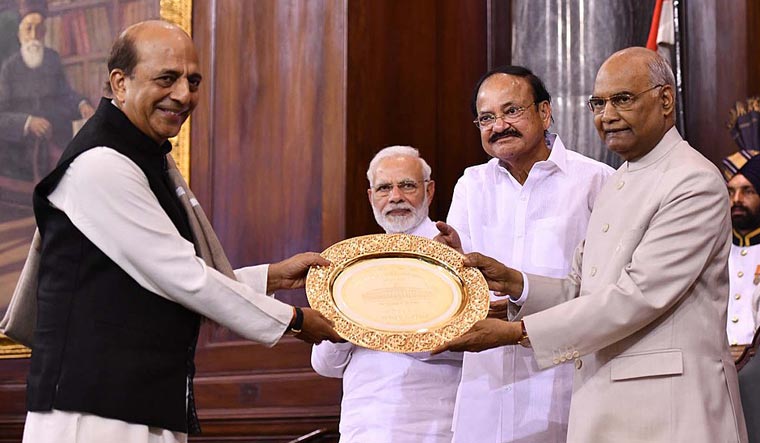 The exodus of leaders from the Trinamool Congress to the BJP shows no sign of stopping. After Suvendu Adhikari quit the party in December and was followed by Rajib Banerjee in January, a former Railway minister on Friday announced his resignation from the Rajya Sabha. The move by Dinesh Trivedi is seen as a precursor to him leaving the party.

"If you sit here quietly and cannot do anything, then it is better that you resign from here and go to the land of Bengal and be with people," Trivedi said in the Rajya Sabha. Trivedi said the world looks at India when something happens.

"What I mean to say is the way violence is taking place in our state. Sitting here, I am feeling perplexed as to what should I do," he added. Trivedi said he is unable to bear various incidents that are happening in West Bengal.

"I am grateful to my party that it has sent me here, but now I feel a little suffocated. We are unable to do anything and there is atrocity (going on). My voice of conscience is saying what Swami Vivekananda used to say—'arise, awake and stop not till the goal is reached'," Trivedi said, while announcing his resignation from the House.

Dinesh Trivedi had an eventful tenure as Railway minister from 2011 to 2012. Trivedi had assumed the post after Trinamool Congress supremo Mamata Banerjee resigned from the ministry to take up the job of West Bengal chief minister.

He presented a reformist Railway budget in March 2012, which included plans for network modernisation and a hike in passenger fares. However, within days of presenting the budget, he was forced to resign after Mamata Banerjee publicly objected to plans for a Railway fare hike.

Interestingly, Trivedi mentioned the Railway budget incident in his speech on Friday. “When I was the railway minister, I had a similar predicament as to who is bigger: Myself, the party or the nation. Even today, the world is watching us. The world was looking at the Indian response to covid and the prime minister led this fight successfully,” The Tribune quoted Trivedi as saying.

There have been reports Trivedi could join the BJP. Reacting to his decision to quit the Rajya Sabha, BJP West Bengal in-charge Kailash Vijayvargiya said Trivedi was welcome to join the saffron outfit.