The Bill seeks to give more powers to the Lieutenant Governor 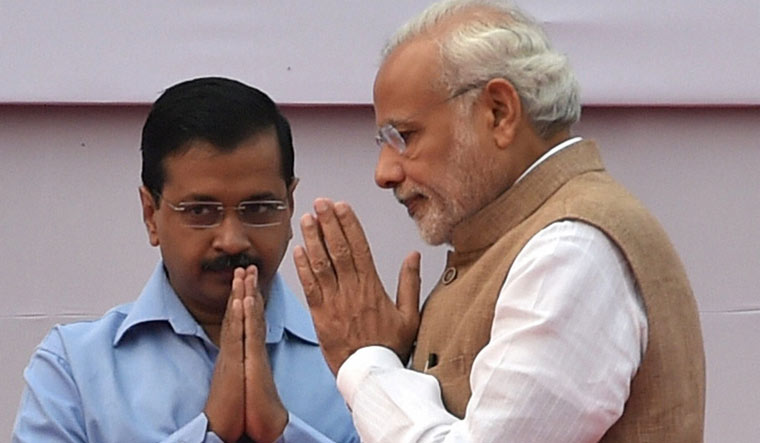 The Centre's proposed amendments to the NCT of Delhi Act, which seeks to give more powers to the Lieutenant Governor, has become the latest flashpoint in the continuing acrimony between the BJP-led Centre and the AAP regime in the national capital.

The Arvind Kejriwal government on Thursday described the NCT Bill, cleared by the Union cabinet on Wednesday, as a murder of constitutional democracy and accused the BJP of secretively drafting the amendments so as to govern Delhi in an unconstitutional manner using the LG's office.

Delhi Deputy Chief Minister Manish Sisodia said the Bill goes against the grain of Constitution by giving more powers to the LG in addition to the existing jurisdiction that he enjoys on the domains of police, land and public order. He said it was an attempt to subvert the mandate of a democratically elected government.

“It is clearly mentioned in our Constitution that barring police, land and public order, everything else falls under the ambit of an elected government in Delhi. In its reading of the Constitution, the Constitutional Bench of the Supreme Court has also clearly distinguished the powers of the elected government and LG. But, the BJP, which has faced defeat thrice in the past, wants to govern Delhi through a proxy,” Sisodia said at a press conference.

He said he feared that the LG will use the amendments to unnecessarily intervene in the matters of public interest and impede the progress of Delhi.

“In the last five years, the LG has invariably hindered the decisions made by the Delhi government. Due to this, many progressive schemes such as Mohalla Clinic, CCTV, free electricity and water, school infrastructure improvement and others have been delayed, the cost of which is borne by the people of Delhi,” Sisodia said.

The proposed amendments, contained in the Government of National Capital Territory of Delhi (Amendment) Bill, 2021 give more powers to the LG and prescribe timelines for the elected government to send legislative and administrative proposals to the LG for his opinion.

The move is set to enhance the friction between the Narendra Modi government at the Centre and the Arvind Kejriwal regime in Delhi, as it comes in the backdrop of the constant run-ins between the LG office and the elected government in the capital. The AAP has often complained that the Union government has attempted to curtail its powers and intrude into its functioning through the office of the LG.

The power tussle between the Centre and the AAP regime had reached the Supreme Court, which had in January 2019 decided that the Delhi government need not obtain the LG's concurrence on every issue of day-to-day governance.