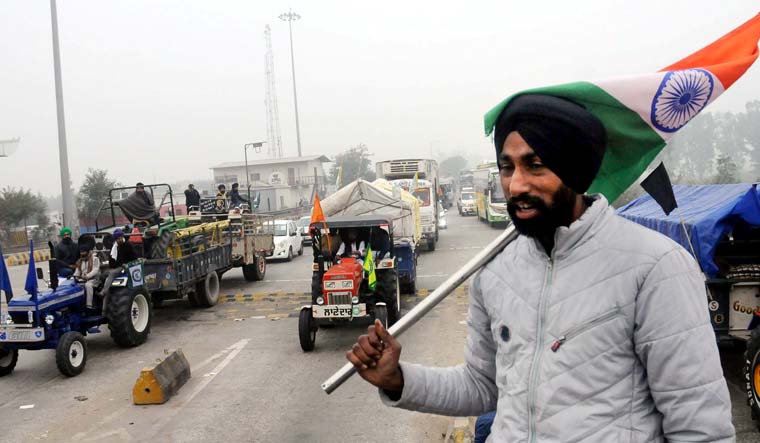 On Wednesday, BJP leader Kapil Mishra, in a series of tweets, alleged a deep-rooted foreign conspiracy maligning India and threatening violence on the country. He was speaking after global celebrities openly came out in support of farmers' protests across the country. "It is now clear that it is an international conspiracy to organise massive violence and riots in India, hugely funded and planned campaign. Question is —Rahul Gandhi, Kejriwal, Tikait etc—how far are they part of this anti-India conspiracy?"

It is now clear that its an international conspiracy to organize massive violence and riots in India , hugely funded and planned campaign

Question is - Rahul Gandhi, Kejriwal, Tikait etc. how far are they part of this Anti India conspiracy ? #GretaThunbergExposed

In another tweet, he posted images of what was purportedly written in a 'toolkit' Google document—that elaborated on ways the global public could support the protests—that was posted by Swedish environmentalist Greta Thunberg. "Very big and serious. This document is tweeted by Greta. They were prepared for riots on January 26 already. More riots and attack against India are planned globally," he wrote.

This document is tweeted by Greta .

They were prepared for riots on 26th January already

Mishra was not the only leader to allege international interference in the farmer protests. BJP spokesperson Sambit Patra attacked Congress leader Rahul Gandhi, claiming that he conspires with anti-India elements during his trip abroad.

Kiren Rijiju, minister of state for youth affairs and sports, elaborated on the point. "For thousands of years India was defeated, occupied, looted and ruled by the invaders not because India was weak, but there was always a Jaichand. We need to ask who is behind this international propaganda to defame India," he wrote on Twitter.

The outbursts from the spokespersons of the ruling party came in the immediate aftermath of Thunberg's toolkit (that she had since deleted and replaced with an updated version). "Here is a toolkit if you want to help," Thunberg had tweeted, sharing a link which took the user to a document containing details on ways to support the farmers protest.

In the document, various actions, including creating a tweetstorm and protesting outside Indian embassies, were listed as the ones needed to be taken to support the farmers' agitation. News agencies reported that the contents of the now-deleted document urged protests outside Indian missions abroad, media houses, government buildings, and even the offices of Mukesh Ambani and Gautam Adani.

The document also listed other means like recording a video sharing messages of support to protesting farmers, digital participation in the hashtag #AskIndiaWhy, signing petitions aimed at condemning state violence, and boycotting products from Ambani and Adani, allegedly because they work "hand-in-hand with the Modi regime to exploit the world’s people, lands and culture", reported Free Press Journal.

Is there foreign interference?

The Lok Sabha was informed on Wednesday that no foreign government has given support to the farmers' agitation against the three farm laws, but protests related to these laws by a "few motivated" persons of Indian origins (PIOs) were reported in Canada, the UK, the US and in some European countries.

Minister of State for External Affairs V. Muraleedharan said Canadian Prime Minister Justin Trudeau had made a comment on issues related to the farmers, and it was conveyed to Canada that such remarks pertaining to the internal affairs of India are "unwarranted" and "unacceptable". The minister was replying to questions on the farmers' protests. "No foreign government has given support to agitation of Indian farmers against three bills passed by Indian Parliament. In Canada, UK, USA, and in few European countries, protests by a few motivated PIOs on issues related to the Indian farm bill have been reported," he said.

The events sparked a massive Twitter war for and against the farmer protests.

Pop star Rihanna made the first shot across the bow. "Why aren't we talking about this?! #FarmersProtest," she tweeted. Thunberg followed soon after. Others like American actor Amanda Cerni, US Vice President Kamala Harris' niece Meena Harris, and former adult star Mia Khalifa highlighted what they called the "human rights violations" happening in the country.

But, actors Akshay Kumar, Kangana Ranaut, Ajay Devgn, and filmmaker Karan Johar were among those who hit back on Twitter. Kumar said efforts by the government to solve the issue are "evident". "Farmers constitute an extremely important part of our country. And the efforts being undertaken to resolve their issues are evident. Let us support an amicable resolution, rather than paying attention to anyone creating differences," Kumar wrote.

Johar said the country shouldn't let "anyone divide us". "We live in turbulent times and the need of the hour is prudence and patience at every turn. Let us together, make every effort we can to find solutions that work for everyoneour farmers are the backbone of India. Let us not let anyone divide us," he said.

Suniel Shetty also shared the MEA response on Twitter, saying nothing is "more dangerous than half truth".

Singer Lata Mangeshkar tweeted: "India is a glorious nation and we all Indians stand with our heads held high. As a proud Indian, I have full faith, that any issues or problems that as a country we face; we are fully equipped to resolve them amicably, keeping the interest of our people in mind. Jai Hind."

Indian cricket skipper Virat Kohli and vice captain Ajinkya Rahane also made similar appeals, using the hashtag #IndiaTogether. "Let us all stay united in this hour of disagreements. Farmers are an integral part of our country and I'm sure an amicable solution will be found between all parties to bring about peace and move forward together," Kohli tweeted. Rahane said, "There's no issue that cannot be resolved if we stand together as one. Let's remain united and work towards resolving our internal issues."

Cricketing stars Sachin Tendulkar and Anil Kumble also amplified the pushback. "India's sovereignty cannot be compromised. External forces can be spectators but not participants. Indians know India and should decide for India. Let's remain united as a nation," Tendulkar tweeted. Kumble wrote, "As the world's largest democracy, India is more than capable of taking her internal issues to amicable solutions. Onwards and upwards."