IMA says the new procedure will lead to "mixopathy" 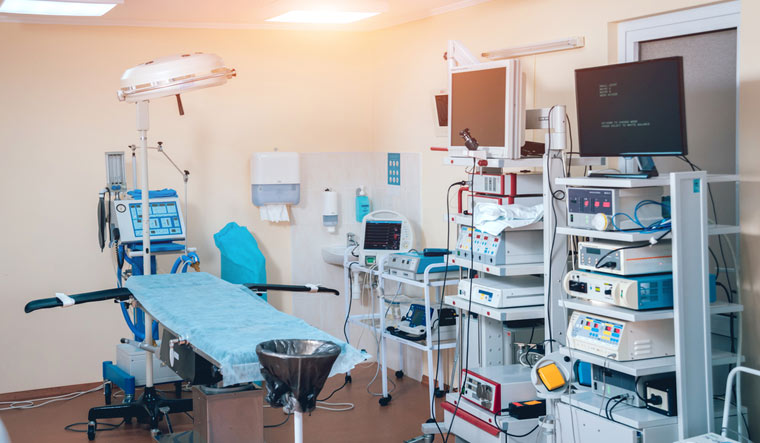 The IMA has condemned the notification by the CCIM authorising post-graduate practitioners in specified streams of Ayurveda to be trained to perform surgical procedures such as excisions of benign tumours, amputation of gangrene, nasal and cataract surgeries.

The IMA said its members and modern medicine doctors have started a relay hunger strike from Monday at over 50 places across the country in protest against a notification by the Central Council of Indian Medicine (CCIM) authorising post-graduate practitioners of Ayurveda to perform general surgical procedures.

The Indian Medical Association (IMA) said the new procedure will lead to "mixopathy".

IMA national president, secretary general and other IMA leaders will visit various places across the country to enhance the public safety movement, the doctors' body said in a statement.

The relay strike will continue till February 14, it said.

It said the women doctors will lead the nationwide hunger strike on February 7.

The IMA condemns the notification by the CCIM, a statutory body under the AYUSH Ministry, authorising post-graduate practitioners in specified streams of Ayurveda to be trained to perform surgical procedures such as excisions of benign tumours, amputation of gangrene, nasal and cataract surgeries, the statement said.

All specialty associations across the country have joined the strike through Federation of Medical Associations under the aegis of IMA. The Dental Association also has joined this national movement, the statement said.

The IMA will launch a massive awareness drive across the country as there is a clear threat to the safety of healthcare of people, it said.

The IMA also said it will release awareness posters and banners across the country.

"All IMA members shall update their Members of Parliament and MLAs regarding the true picture of the notification and integration policy,” the statement said.

“The IMA will also give its rationale representations to all state governments. Under the Save People Movement, all NGOs will be updated with the core issues," it added.

Internationally, the IMA shall apprise various associations from different countries about this unscientific notification. The global voice of modern medicine shall echo the feelings of the Indian Medical Association and its all members, the statement said.

Further, the recent policy tilt as evidenced in the medical pluralism advocated by the National Education Policy 2020 and the four committees of NITI Aayog for officially integrating the systems of medicine in medical education, practice, public health and administration as well as research ostensibly for a ‘One Nation - One System’ policy will ring the death knell of all systems of medicine as a whole, the statement said.