Dhananjay said he had been in relationship with woman's sister, had 2 kids with her 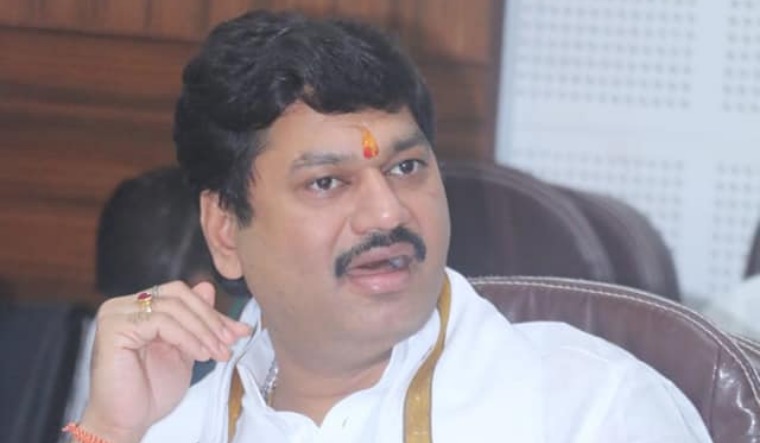 Maharashtra Social Justice Minister Dhananjay Munde on Tuesday rejected allegations by a playback singer that he had raped her. Dhananjay Munde is the nephew of late BJP leader Gopinath Munde. He joined the NCP in 2013 after having been in the BJP earlier. Dhananjay had made headlines in the 2019 Maharashtra Assembly polls, when he defeated his cousin and Gopinath's daughter Pankaja Munde of the BJP.

The 37-year-old complainant, an aspiring singer, said she wrote to the Mumbai police commissioner on January 10, stating that Dhananjay Munde repeatedly raped her in 2006. She also claimed that she approached Oshiwara police earlier, but her complaint was not accepted. The woman tweeted on Monday that "my life is in threat" and tagged several political leaders, including Maharashtra Chief Minister Uddhav Thackeray, NCP chief Sharad Pawar, former chief minister Devendra Fadnavis and Prime Minister Narendra Modi.

Dhananjay said the woman's claims were part of a conspiracy to blackmail him. Dhananjay uploaded a statement on Facebook, acknowledging he had been in a relationship with the woman's sister.

"I have been in a relationship with a woman... since 2003. This matter was known to my family, wife and friends. In this mutual relationship, we were blessed with a son and a daughter. I have given my name to both of these kids. From school admission to all the papers, these kids have my name as parents; these kids stay with me," Dhananjay wrote.

Dhananjay alleged that from 2019, the woman and the complainant "blackmailed me and started demanding money. My life was also given threats of serious physical injury, betrayal". He alleged their brother was also involved in blackmailing him.

Dhananjay wrote he filed a police complaint over the blackmail in November 2020 and also a petition in the Bombay High Court that passed orders against his ex-lover, banning her from publishing private material purportedly defamatory to Dhananjay. Dhananjay wrote he had proof in the form of text messages of the playback singer seeking large sums of money from him.

BJP leader Kirit Somaiya tweeted Dhananjay Munde "must stay out from Maharashtra cabinet till he gets clean", given the allegation against him.