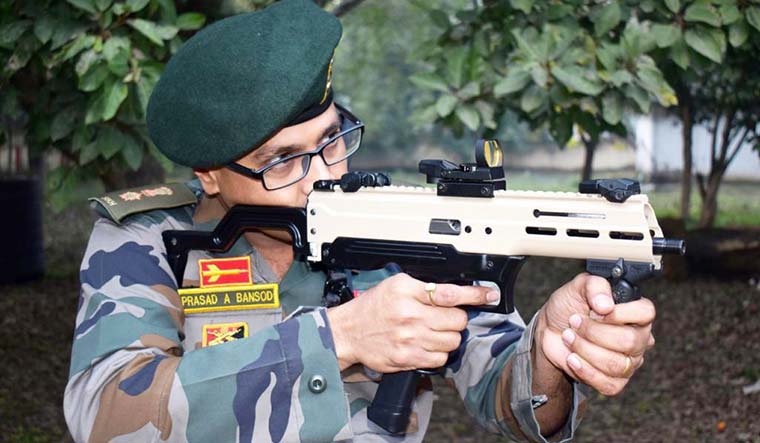 Personal Defence Weapons (PDWs) like the Uzi have become ubiquitous among armed forces and police personnel across the world. Light, cheap and effective, they allow for an easy-to-handle compact small arm to be deployed at scale.

Now, the Defence Research and Development Organisation has developed India’s first indigenously-made machine pistol, the ASMI—meaning price, self-respect and hard-work. A 9mm 3D-printed PDW, it packs a 33-round magazine and will have a likely production cost of under Rs 50,000 a unit.

The weapon was developed by Lt Col Prasad Bansod from Infantry School, Mhow with assistance from ARDE, Pune in a record time of four months. According to ANI, the weapon would be offered to replace the 9mm pistols currently in service.

It should be noted that the World War II-era British Sterling 9mm sub-machine gun remains in use by security personnel across India, though it is currently being phased out in favour of the Modern Sub Machine Carbine (MSMC) developed by ARDE.

A low-cost desi alternative to the Uzi, the ASMI sports an upper receiver made from aircraft-grade aluminium and a 3D-printed carbon fibre lower receiver. It features an 8-inch barrel and a 33-round high capacity magazine with an overall empty weight of under two kgs. The upper receiver has a full length integral picatinny rail capable of fitting modern scopes, optics and accessories, with M-Lok slots as well.

According to a release, DRDO sees the weapon as having huge potential as a personal weapon for heavy weapon detachments, commanders, tank and aircraft crews, drivers and dispatch riders, radio/radar operators, CQB,CI/CT Ops,VIP protection duties and policing.

“ASMI is likely to find huge employability within the Central Police Organisations and State Police services as well as huge potential for exports,” the release says.