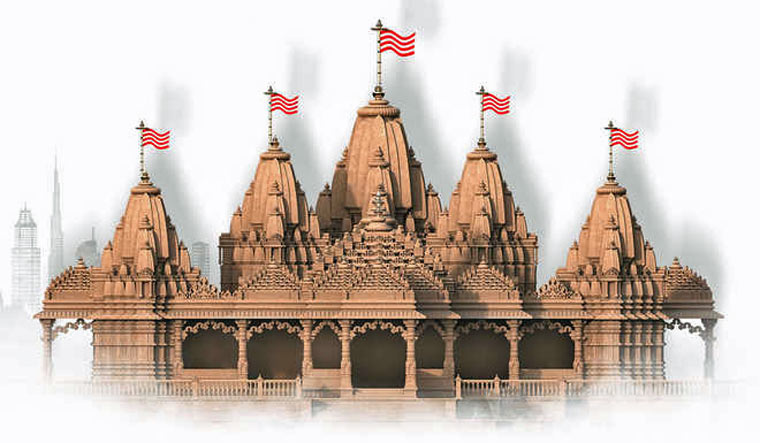 For six months, political activity in Andhra Pradesh has centred on religion and places of worship as opposition parties, including the Telugu Desam (TDP), Bharatiya Janata Party (BJP) and Jana Sena, mounted a high-decibel campaign to highlight “attacks on Hindu temples".

In 2020, a chariot catching fire outside the Jagannath temple triggered protests and a series of incidents. A recent incident of a 400-year-old temple idol getting damaged has intensified political tensions, as opposition party leaders accuse the ruling YSR Congress Party (YSRCP) and the police department of failing to safeguard the temples.

"There has been a deliberate attempt to twist the facts," said the state police chief, “As many as 44 cases of unfortunate incidents were reported. Questions were being raised on police and even attributing religion and caste motives to the police. Such allegations were unheard of in the past.”

Sawang pointed out that the State government has already ordered a CBI inquiry into one case. After reviewing security at all the temples in the state, over 58,000 have been geo-tagged. Over 43,000 CCTV cameras have been installed of which 30,000 were installed during the last two months, he added.

While releasing details of the incidents that happened since September last year, the DGP said that as many as 180 cases were booked and 347 criminals were arrested relating to attacks on places of worship.

The state government has already announced setting up communal harmony committees at state and district level. The police department is working towards setting up a similar committee at every police station level to prevent any untoward incidents at temples.

The state government says old cases are being projected as new ones on social media, leading to an increase in communal tensions. The government has already appointed a 16-member Special Investigation Team (SIT) headed by ACB additional director.

Last week, Andhra Pradesh Chief Minister Y.S. Jaganmohan Reddy said that there was a political conspiracy behind the incidents. He said that whenever the state government’s programmes were being launched, such cases were being reported from temples located in remote corners. He termed this as “guerilla warfare” and accused the opposition parties of communalising the environment in the state.

TDP Chief N. Chandrababu Naidu has also toed the BJP line, stepping up his attack on the chief minister by questioning his faith.