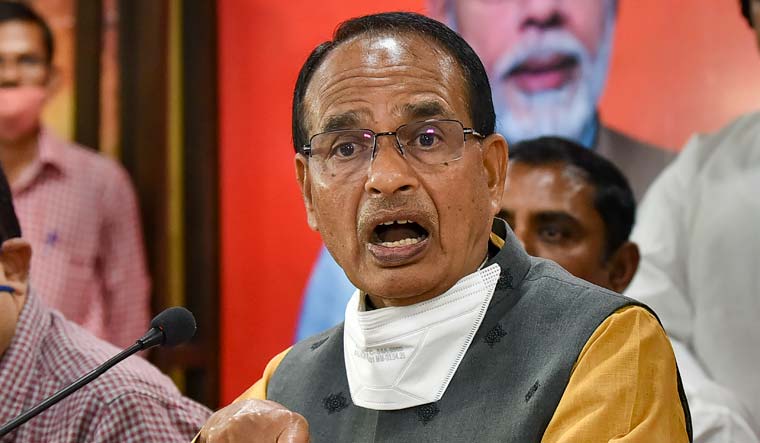 Madhya Pradesh Chief Minister Shivraj Singh Chouhan on Monday batted for raising of legal age of marriage for women to 21, connecting it to various crime against girls and women, including marriage to minor girls, and saying that he wants a national level debate on it.

“When the legal age of marriage for boys is 21, why couldn’t it be so for girls? Intellectual people in the state and country should think about it, so that we can take some decision on this,” Chouhan said at the launch of a 15-day campaign ‘Samman’, which aims at ensuring active participation of people in eradication of crime against women and creating respectful and conducive environment for the girls and women in the society.

“Our campaign is a campaign to change the attitude and mentality of the society. The work of ensuring safety and respect for daughters is not only of government and police, but it requires change in mentality of the society. The attitude where all wrongdoings of sons are condoned but multiple restrictions are put on the daughters and daughters are held guilty for any crime against them has to change,” the CM said.

He called upon girls and women not to be scared or resort to any untoward step, and rather come forth to report the crime and violence against them, adding that the government will be responsible to punish the guilty. He also urged parents not to ignore the girls and give them an atmosphere at home where they can share all their problems.

The CM listed out the series of steps taken for welfare and safety of women, including the recently enacted law on Religious Freedom, which he said is against marriages and conversions through force, fraud and allurement resulting in destruction of the life of the victim girls and women. He also spoke about the upcoming mechanism to trace and track the girls and women going out for work through their registration.

He said panic buttons will be installed in public transports and public utility vehicles, list of abducted children will be prepared for monitoring of time-bound action, children safety committees will be constituted at village and block levels and other such actions will be taken to ensure the safety of girls and women, and children.

The chief minister commended the police for 15 per cent dip in crime against women in the period between April and December 2020.

The chief minister unveiled the mascot ‘Guddi’ and jingles and songs for the women’s safety awareness campaign, too. He also felicitated persons who were instrumental in rescue and saving women and girls falling victim to crime and violence, through videoconferencing.

The Congress, meanwhile, attacked the chief minister on his statement on raising of legal age of marriage for girls, with former minister P.C. Sharma saying that the CM and the BJP government should concentrate on effective implementation of various laws on crime against women rather that making populist statements every day. He also attacked the government on the recent incident of horrific gang-rape of a widow in Sidhi district, saying that effective steps were not being taken to curb such incidents.

Congress spokesman Bhupendra Gupta said that the CM should write to the PM on such suggestions like raising legal age of marriage as Parliament is supposed to bring in such enactments and should rather create debate on how to stop rapes and crime against women in the state.