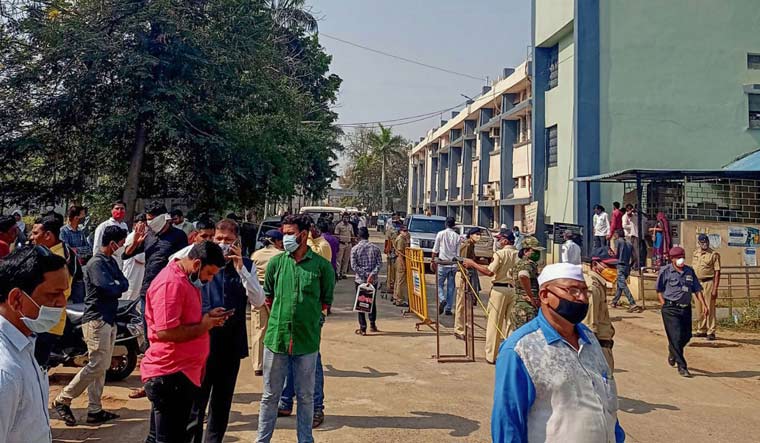 Terming the death of ten infants in a fire at a government hospital at Bhandara in the early hours of Saturday as "heart-wrenching", Maharashtra Chief Minister Uddhav Thackeray said the guilty shall not be spared.

There will be no compromise on safety and a fire audit of hospitals in the state has been ordered, he said in a statement.

"It is a heart-wrenching and mind-numbing incident. A high-level probe has been ordered and the guilty shall not be spared," the chief minister said.

Experts from the Nagpur fire engineering college and officials of the state power department are probing the exact cause of fire, Thackeray said.

A new wing for children had been opened at the hospital in 2015 and it will be probed whether a fire audit of the new building had been carried out, he said.

Aid of Rs 5 lakh will be given to the families of deceased babies, he said.

Ten newborn babies died after a fire broke out in the Special Newborn Care Unit of the district general hospital at Bhandara in the early hours. Seven babies were rescued.

The government will ensure that rescued infants get proper treatment, the chief minister said.

Fire brigade personnel and medical staff at the hospital saved the lives of seven infants and ensured that the fire did not spread further, he noted.