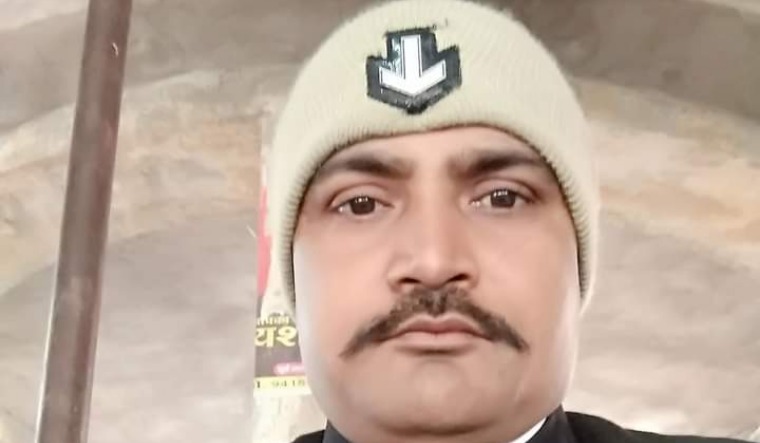 Mahendra Singh, the lawyer who was injured in a car accident involving the Unnao rape survivor last year, died on Monday morning.

At the time of the filing of this story, his remains were at the Uma Shankar Dixit District Hospital in Unnao awaiting postmortem. The cause of death is not known.

On July 28 last year, Mahendra Singh was driving the car in which the young woman who had accused BJP MLA Kuldeep Singh Sengar of raping her was travelling to Rai Bareli with two of her aunts to meet her uncle who was lodged in prison. In the accident, the aunts died almost immediately, while the grievously injured survivor and her lawyer had been admitted to the Trauma Centre at Lucknow’s King George’s Medical University (KGMU) from where they were later taken to the All India Institute of Medical Sciences, New Delhi.

When this reporter had met Man Bahadur Singh, the father of Mahendra, in the village of Makhi earlier this year, he had alleged that there were no facilities provided to the family to stay in Delhi to look after the injured lawyer.

Vimal Kumar Yadav, Mahendra Singh’s assistant, told THE WEEK that he had last met his senior three days ago. “He could neither walk nor speak. Other than that, he seemed fine,” Yadav said.

Yadav said that Mahendra Singh had been transferred from Delhi to the Ram Manohar Lohia Institute of Medical Sciences in Lucknow in April, after the start of the pandemic. Sometime later, he was discharged from the hospital as coronavirus cases in Lucknow surged and the institute was turned into a dedicated COVID-19 facility. “He was pushed away as though he was nobody’s responsibility. Since his discharge from Lucknow, he was at a relative’s home and had spent almost Rs 60,000 in treatment. No reimbursements have been made so far,” said Yadav.

In the aftermath of the accident, numerous people had received security, among these were people who falsely claimed that they were Mahendra Singh’s kin.

Mahendra Singh had taken up the survivor’s case when no one came forward to help with it for fear of Sengar’s reputation.

Mahendra Singh is survived by his wife and two sons, the elder of whom is 18. He also leaves behind elderly parents and a brother.