'We are here one day and gone another': WhatsApp chat of martyred jawan goes viral 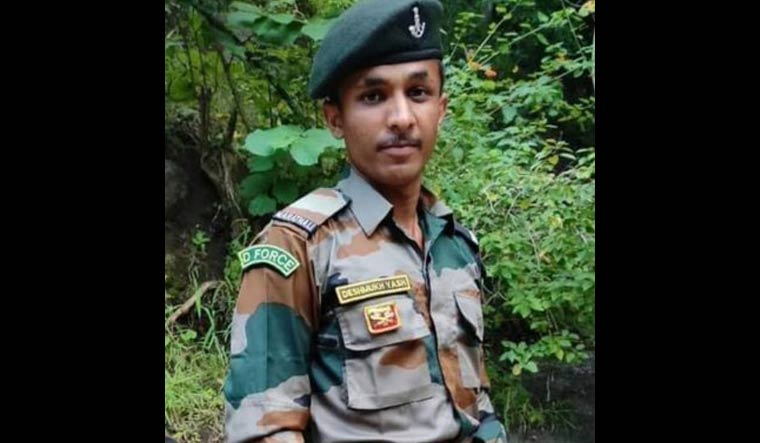 Yash Deshmukh, a 20-year-old Army jawan, was martyred in a terror attack in Jammu and Kashmir on Thursday—the 12th anniversary of Mumbai terror attacks. As Yash's hometown in Chaligaon Taluka of Jalgaon district in Maharashtra mourns his death, a WhatsApp chat of the braveheart has now gone viral on various social media platforms.

In the chat which, according to reports, he did with one of his friends just a day prior to the deadly attack, Yash talks about the risks of a soldier's life.

When his friend asks how he is doing, Yash replies: "I am fine. But what can one say of our kind of life? We are here one day and gone another!"

According to a report by Timesnownews, Yash is survived by a farmer father, mother, two married sisters and a younger brother who is yet in school. The report says Yash had been passionate about joining the Army and had travelled to Belgaum in Karnataka to appear for the Army recruitment process last year.

Yash (21) was enrolled into the Army in June 2019 and was part of the 101 Infantry Battalion (Territorial Army). He was killed along with Sepoy Rattan Singh of the 163 Infantry Battalion in a militant attack in the Parimpora area of Srinagar.

“Terrorists fired indiscriminately at Quick Reaction Team of Indian Army in general area Aban Shah Chowk, HMT, Khushipora, Srinagar today afternoon. Being a crowded area, troops exercised restraint to avoid any civilian casualties & collateral damage. Two soldiers were critically injured and were evacuated to the nearest medical facility. However, they have succumbed to their injuries. Area has been cordoned,” said Army in a statement on Thursday.