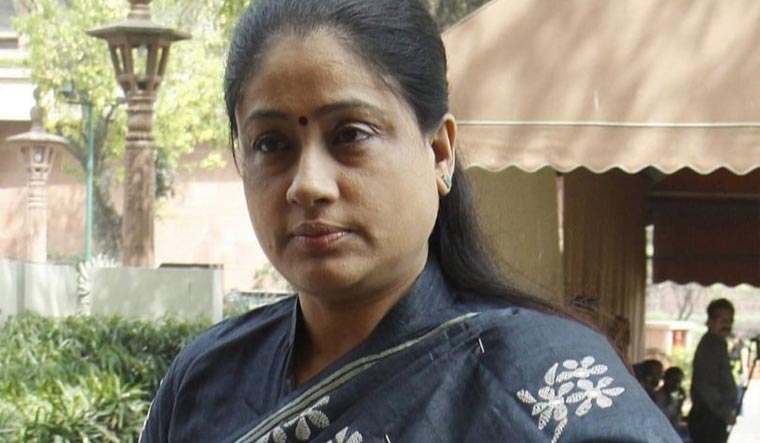 Senior Congress leader and actress Vijayashanthi is likely to join the BJP soon, sources close to her said on Monday.

The former MP was not active in Congress party's activities and programmes in the state for the past few months.

Once it happens, Vijayashanthi would be the second popular star in the South to join the BJP after Khushbu in Tamil Nadu. Khushbu too had quit Congress and embraced BJP.

Her entry into BJP, a sort of homecoming, will give a shot in the arm to the saffron party, which is going all out to capture the Greater Hyderabad Municipal Corporation (GHMC) in the elections to be held on December 1.

Vijayashanthi, who began her political career with BJP, joined TRS Party and switched loyalties to Congress in 2014 before formation of Telangana state.

She was not happy with the treatment she was being given in the Congress party. She may soon leave for the national capital and join BJP in the presence of senior leaders such as Amit Shah, the sources told PTI.

Talking to reporters during GHMC poll campaign, BJP national vice-president D.K. Aruna said Vijayashanthi will soon join the party and many more leaders were in the queue.