Any women with self-respect would commit suicide if raped, says Kerala Congress chief

Later, he apologised for his remarks 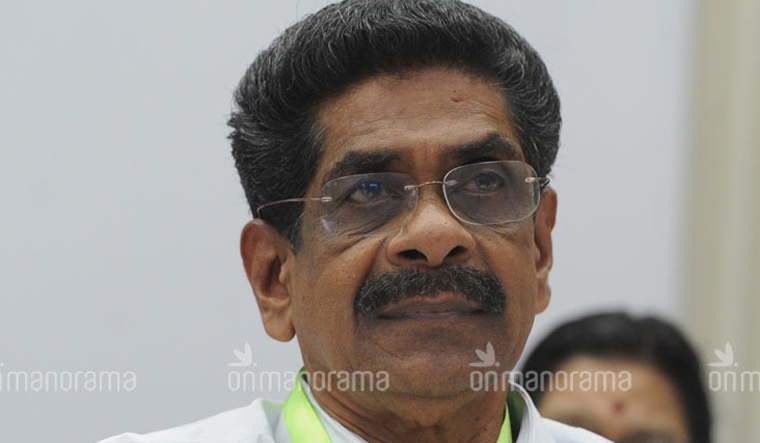 In his case, gender shaming seems to be the mighty temptation luring him on. Barely three-and-a-half months after he was almost universally chastised for using seemingly lofty terms like 'princess' (Nipah rajakumari) and 'queen' (COVID rani) to taunt Health Minister K.K. Shailaja, the KPCC chief had a serious relapse on Sunday.

This time, while inaugurating the fifth phase of the UDF's anti-government stir in front of the Secretariat, he sounded far more insensitive. This time, too, his contempt was originally reserved for a particular woman, a former solar entrepreneur who had levelled a series of rape charges against Congress leaders during the UDF tenure and had, a day before, led a fresh complaint of rape against former minister A.P. Anil Kumar.

"I heard from top police officials that to take us on you (the LDF government) were trying to use a woman who keeps lamenting that the whole of Kerala had raped her," Mullappally said. He used the word "prostitute" (abhisarika) to describe her. But as he allowed his anger full play, Mullappally ended up making a strange observation: A woman in Kerala could possibly be raped only once.

Here is what he told a small group of Congress supporters and the media: "A female getting raped once, we can understand. This can never happen again." And like a primitive feudal prude, the KPCC chief also revealed what he expected of a women subjected to the most merciless forms of rape. "Any women with self-respect would either commit suicide or we have a situation where such a thing would never happen again," he said.

By the time the KPCC chief ended his speech, his comments were already flashed in the media. As he got back to his seat on the roadside, opposition leader Ramesh Chennithala whispered something to Mullappally and then showed him something on his mobile. Mullappally was seen carefully examining the contents on Chennthala's mobile, and after that had a quick consultation with Chennithala and Congress leader M.M. Hassan. Then he took the mike once again, and apologised.

This looked better than last time when he adamantly refused to apologise. On Sunday, after he was promptly alerted of the political damage his words could do, Mullappally said: "I am honestly expressing my regret." But his next sentence made it abundantly clear that his apology was not all that honest and that he had not felt the misogynist stink of his statements. "The only thing I have got to say is that the attempts by certain quarters to falsely interpret my words as anti-women is not right."

Health Minister K.K. Shailaja, a former victim of Mullappally gender jibes, was quick to pounce on the KPCC chief's words. "What comes out is what one has in one's mind," the minister said in an official release. "Rape happens when a woman is forcibly subjugated and attacked. It is one of the worst crimes of humanity. How can anyone interpret this any other way," she said.