Keshubhai had a testy relationship with Modi 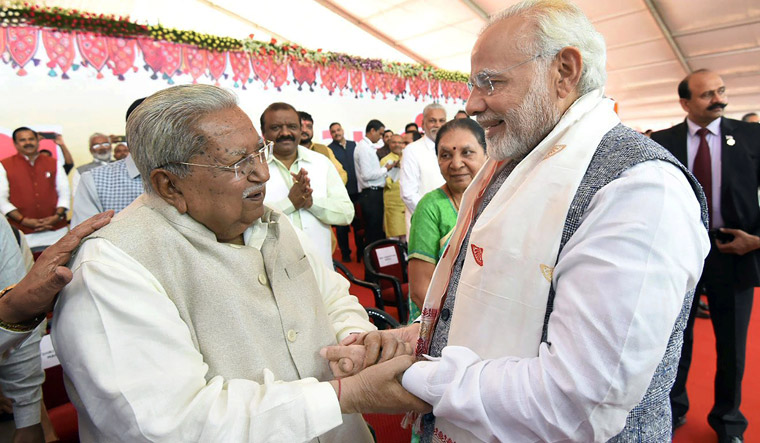 Keshubhai Patel, the BJP leader whom Narendra Modi replaced as chief minister of Gujarat in 2001, died on Thursday at the age of 92.

Keshubhai Patel died in a hospital in Ahmedabad. Keshubhai had tested positive for COVID-19 in September.

Keshubhai, who had a testy relationship with Modi, floated a breakaway outfit in 2012 called the Gujarat Parivartan Party. The party merged with the BJP in 2014.

Gujarat Chief Minister Vijay Rupani condoled the death of Keshubhai and described him as "Respected Keshubhai Patel, our elder who raised this BJP banyan tree from Jana Sangh in Gujarat, who sacrificed his entire life for the work of the nation, who did a great job for the farmers as a farmer's son".