Two people have been arrested in connection with the alleged fraud 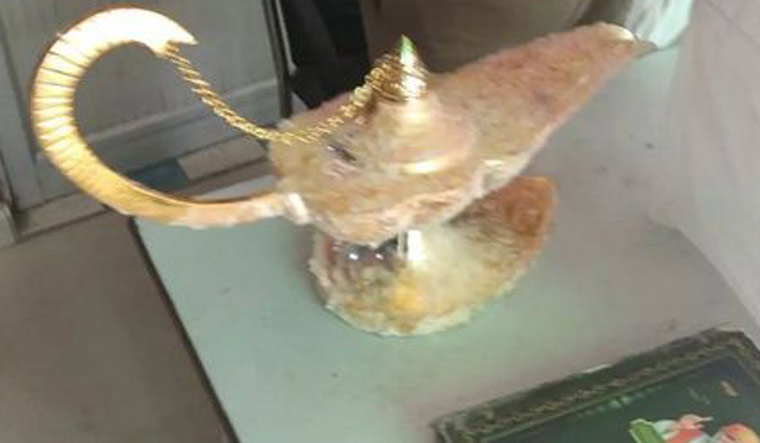 A London-returned doctor in Uttar Pradesh's Meerut was cheated by two men who claimed to be 'tantriks' and said they would sell him 'Aladdin Ka Chirag' which will help him fulfil all his wishes.

He was cheated of Rs 2.5 crore according to media reports.

A Navbharat Times report said the victim, Dr Laeek Khan, filed a complaint saying he was cheated by the duo.

The doctor had came in contact with a patient in 2018 and started visiting her frequently for dressing after her surgery. It was through her that the doctor met a tantrik, who claimed that he had magical powers and promised to give the doctor 'Aladdin Ka Chirag' and also make him a billionaire.

The tantrik and his friend would make the doctor see a 'jinn' appearing from the lamp but would not allow him to take it home saying that touching it would be ominous for him.

He said the accused collected a total of Rs 2.5 crore in installments from him. However, later, the doctor realized that 'jinn' he was seeing was the husband of the woman, identified as Sameena.

Realizing that he was being cheated, the doctor approached the police who arrested two men, Islamuddin and his friend Anees, while search is on for the woman.