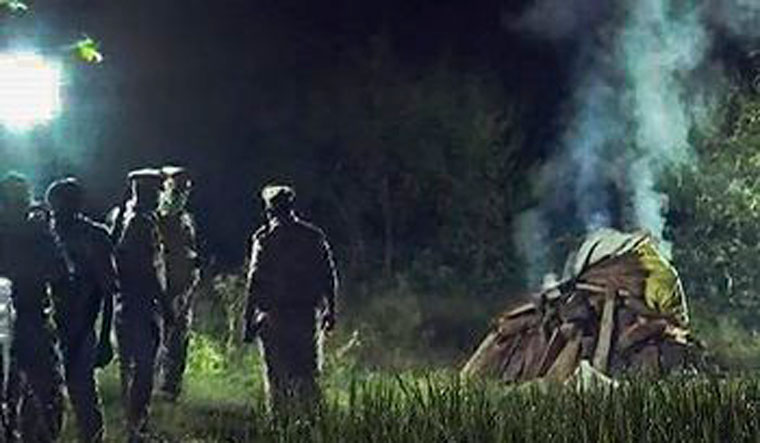 The Supreme Court is scheduled to pronounce its judgment on Tuesday on a batch of pleas which have sought a court-monitored probe into the Hathras case, in which a Dalit girl was allegedly brutally raped and died of injuries, and transfer of trial to Delhi.

A bench comprising Chief Justice S A Bobde, Justice A S Bopanna and Justice V Ramasubramanian had on October 15 reserved its verdict on a public interest litigation (PIL) and several intervention pleas of activists and lawyers who have argued that a fair trial was not possible in Uttar Pradesh as the probe has allegedly been botched up.

The lawyer, appearing for the victim's family, had told the apex court that trial in the case be shifted out of Uttar Pradesh to a court in the national capital after completion of investigation.

A 19-year-old Dalit woman was allegedly raped by four upper-caste men in Hathras on September 14. She died on September 29 at Delhi's Safdarjung Hospital during treatment.

The victim was cremated in the dead of the night near her home on September 30. Her family alleged they were forced by the local police to hurriedly conduct her last rites.  Local police officers, however, said the cremation was carried out "as per the wishes of the family"

During the hearing in the apex court, activist-lawyer Indira Jaising had also raised apprehension of not having a fair trial in the case in Uttar Pradesh.

Solicitor General Tushar Mehta had referred to the affidavit filed in the apex court by the Uttar Pradesh government which gave details about the security and protection provided to the victim's family and witnesses in the case.

The state government, which has already transferred the case to the CBI and has given consent to monitoring by the apex court, had filed the affidavit after the top court sought details on witness protection and on whether the victim's family has chosen a lawyer.

Referring to the compliance affidavit, Mehta said that victim's family has informed that they have engaged lawyer and they have also requested that government advocate should also pursue the case on their behalf.